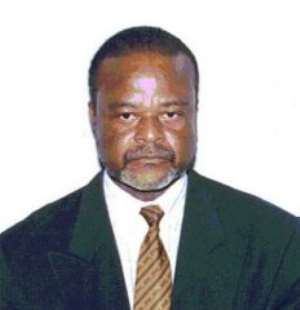 By: Joe Noutoua Wandah/Monrovia
The flag bearer for the Victory for Change (VFC) Cllr. Marcus Jones has accused the Liberian leader President Ellen Johnson-Sirleaf of violating the Constitution of Liberia by declaring that she wants to contest for the presidency. Cllr. Jones said the 2005 election was a special election so the constitution of Liberia was suspended thereby allowing Madam Sirleaf and several others to participate in the process. “But this 2011 election is a constitutional election and Madam Sirleaf is not eligible under the Liberian laws to contest and any attempt for her to contest is violation of article 52c of the Liberian constitution,” he argued.

The Victory for Change political leader said if the Unity Party submits the name of Madam Sirleaf to the National Elections Commission as its candidate to contest the election in 2011 he will have no alternative but to run to the Supreme Court for legal redress. It can be recalled that in 2005 Cllr. Jones took the National Elections Commission to the Supreme Court when he was disqualified by the NEC to participate in the election. Cllr Jones then won the legal battle against the NEC. The ruling from the Supreme Court could have turned the election result around and the reprinting of the ballot boxes but for the sake of peace the Counselor dropped the case.

Cllr. Jones spoke on Sunday after his return from the United States where he went to brief Liberians residing in the Diasporas about the status quo in Liberia. “I went to visit Liberians and told them the facts about the situation in Liberia and not to lobby or hold consultation as many politicians are noted for,” the Cllr. Stated.

He accused the UP-led government of misinforming some Liberians in the Diasporas that there is no tangible development taking place in Liberia and the UP is running its campaign in the USA by using the Liberian tax payers' money. The Cllr. said, “While I was in the US I saw UP-partisans distributing flyers about development that is taking place here in Liberia which are not true. No physical structures are here to show why the taxpayer's monies are being used for,” he added.

“I want to set the record straight because many Liberians are not aware of the issues on ground and I told those Liberians in the US that the government was misinforming them. The President is not qualified to run and I see a looming constitutional crises if the Madam insists on contesting for the presidency,” he maintained.

He urged Liberians to vote for people who can address the issues and not people who are boasting of academic credentials. He described the National Referendum as 'useless', which he said is not in the interest of the Liberian people. “The Ivory Coast situation is fresh on the minds of the people and any leader who will impose his or herself on the people will meet with up resistant from the people”, he warned.