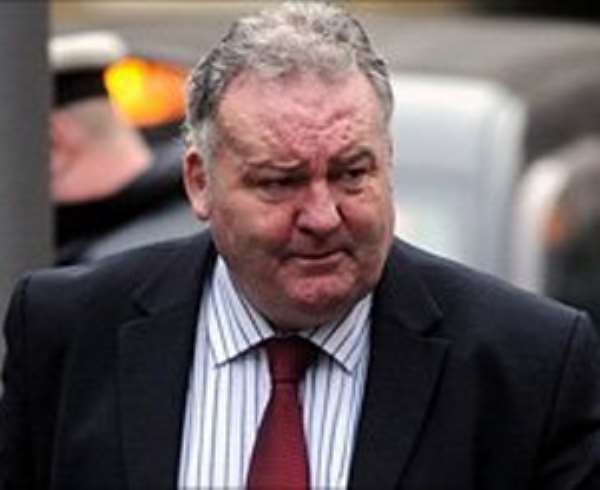 Ex-Labour MP Jim Devine has been jailed for 16 months for fraudulently claiming £8,385 in expenses.

The ex-MP for Livingston, 57, is the third current or former MP to be jailed for fiddling their expenses, but was the first to stand trial.

The judge, Mr Justice Saunders, said he “set about defrauding the public purse in a calculated and deliberate way”.

He was sentenced to 16 months on each of two counts to run concurrently. He was cleared of a third count, relating to £360.

'Lying'
Passing sentence at the Old Bailey, Judge Saunders said: “These offences constituted a gross breach of trust which, along with others, had had the effect of causing serious damage to the reputation of Parliament.

“Mr Devine made his false claims at a time when he well knew the damage that was being caused to Parliament by the expenses scandal but he carried on regardless.”

He said cleaning and maintenance work claimed for by Devine was either not done at all or not paid for by Devine, and that invoices submitted for printing work were “entirely bogus”.

The judge dismissed as false Devine's claim in court that another MP had told him what he did was “accepted practice”.

Devine had been “lying in significant parts of the evidence that he gave”, the judge said.

But, Judge Saunders added, his crime was less serious than that of former Labour MP David Chaytor, who was jailed for 18 months after admitting falsely claiming more than £22,000 of taxpayers' money for rent and IT work, and this had been taken into account.

Chaytor last month lost an appeal to have his sentenced reduced. Former Labour MP Eric Illsley was jailed for 12 months last year after pleading guilty to £14,000 in expenses fraud.

Former Tory peer Lord Taylor of Warwick awaits sentencing after being convicted by a jury in January of fraudulently claiming more than £11,000 for overnight subsistence and travel.

Devine's lawyer said he would probably serve eight months – but could get out in four with good behaviour.

BBC Political Correspondent Tim Reid, tweeting from the Old Bailey, said Devine “looked straight ahead and blinked as the sentence was handed down”.

'Out of character'
Devine had denied “wholly deliberate deceit” in submitting his Commons expenses, claiming he was advised by another Labour MP and by expenses officials at the Commons Fees Office, that he was allowed to use money in his communications allowance to cover staff costs.

He said he did not benefit personally from the claims.

In mitigation, Devine's lawyer said the fraud had been “entirely out of character” and prison would “bear heavily on him” as he suffers high blood pressure and has lost his reputation as well as his 30-year political career.

The insolvency order was made after he failed to pay his former office manager Marion Kinley £35,000 for unfair dismissal.

Last year an employment tribunal heard how he bullied Miss Kinley and made up stories to justify firing her.

During his expenses trial, Devine claimed Miss Kinley paid herself more than £5,000 from his staffing allowance without his knowledge by forging his signature – an allegation his legal team now concedes was not true.

Speaking to BBC Scotland after Devine was jailed, Miss Kinley said he was a “Walter Mitty” character who “always exaggerated everything”.

“He has bare-faced lied about people just to cover his own back,” she added.

Devine, a former psychiatric nurse and union organiser, was chairman of the Scottish Labour Party in the 1990s. He later succeeded Robin Cook as MP for Livingston following the former foreign secretary's death.

He was barred from standing again as a Labour candidate after the expenses allegations emerged – but he continued to claim for household costs even after he was charged.

The Innocent Flower Looking Akufo-Addo Is The Mother Serpent...
22 minutes ago