Why Barclays Gave Up Its Offshore License 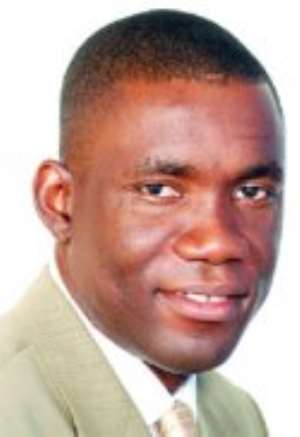 The Management of Barclays Bank, Ghana is considering options of converting the accounts of more than 200 offshore accounts holders, following the withdrawal of its offshore banking license by the Bank of Ghana.

Consequently, Barclays Bank has dissolved the offshore banking unit at its head office in Accra and hopes to either convert its offshore account to an ordinary account or transfer the accounts holders to one of its partners with an offshore facility, possibly to Mauritius, which is the country on the continent that has an International Financial Services Centre.

Barclays, is therefore expected to wind up, on its offshore banking operations within six months, after what officials of the financial institution say, was due mainly to government’s inability to put in place the needed laws to make the financial system work.

Managing Director of Barclays Bank Ghana, Mr Benjamin Dabrah, said the bank got its first offshore banking license in September 2007, following an amendment to the Banking Act that year.

“The country currently does not have the legislative framework and tax reforms to allow the smooth operation of an international financial services centre,” Mr Dabrah said.

But, the bank did not give up its precious license without a fight. Mr Dabrah said, the license was relinquished to the country’s regulatory authorities after several months of negotiations and engagements.

“We have had several meetings with the Central Bank and we have been going forth and back on this issue and so at the end of the day, we had to agree on mutual consent that the license be converted to a regular one,” Mr Dabrah said.

The bank would now revert to its original class one universal banking license just like any other commercial bank operating in the country.

“It’s simply a lack of priority by Government,” he said. “We are halfway through the journey, but it appears we will never get to our destination,” Mr Dabrah added.

Analysts have questioned why the government would want to miss such an opportunity to become the financial hub of the sub region.

But Central Bank Governor, Kwesi Amissah-Arthur explained that the decision was taken because of perceptions of money laundering, low interest by Ghanaians in the service and lack of regulations.

“Very little interest has been shown in offshore banking in Ghana,” he told the media in Accra.

He also said while the Act for offshore banking had been passed, the regulations were yet to be passed.

“At a time that Ghana was gaining a reputation for launder, we did not want to confirm this misperception”, the Governor said during a Monetary Policy Committee meeting on February 18, 2011.

Commenting on Barclays Bank, he said, “we did not impose this on Barclays” but instead both had agreed to convert the license. He added that the withdrawal was not because Barclays had done anything wrong.

Parliament in 2007 passed an amendment to the Banking Act, which paved way for offshore banking in Ghana, and eventually other offshore financial services, such as insurance and leasing.

In June, 2005, Barclays Bank signed a memorandum of understanding with the Government of Ghana to help develop an offshore haven called The International Financial Services Centre.

Following that, several organisations including the Organisation for Economic Co-operation and Development (OECD) had warned strongly on the risks of becoming a tax haven with the establishment of offshore banking in the country.

The OECD cautioned government to ensure that by becoming a tax haven, the country did not fuel corruption and crime in West Africa.

The Head of the Organisation for Economic Co-operation and Development (OECD), Jeffrey Owens said, “The last thing Africa needs is a tax haven in the centre of the African continent.”

The International Financial Services centre provides banking services exclusively for people who are not resident in the country including Ghanaians abroad.

An offshore bank is located outside the country in which the resident stays and it provides basic advantages such as privacy, less restrictive legal regulation, minimal taxation, easy access to deposits and most importantly protection against local political or financial instability.

The rationale behind the establishment of the centre then was to position the country as an international financial hub for the region, just like it pertains in Dubai and Mauritius.

Mr Dabrah said Barclays has assured the shareholders of Barclays that the bank as an industry leader, it would continue to explore opportunities that would result in a high turnover for the shareholders and customers of the bank.