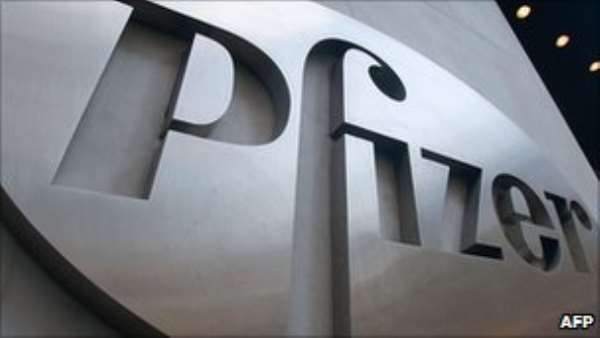 
US pharmaceutical giant Pfizer has dismissed as "preposterous" reports that it hired investigators to uncover evidence of corruption against a former Nigerian attorney general.

According to a US cable released by WikiLeaks, Pfizer wanted to "put pressure" on Michael Aondoakaa.

He was heading a lawsuit against the company over a 1996 drug trial during a meningitis epidemic.

The trial allegedly led to the deaths of 11 children - charges Pfizer denies.

In a statement released by Pfizer in response to the leaked diplomatic cable published by the UK's Guardian newspaper, the pharmaceutical company said it "negotiated the settlement with the federal government of Nigeria in good faith and its conduct in reaching that agreement was proper".

The cable quoted conversations said to have taken place between US embassy staff and Pfizer's head in Nigeria, Enrico Liggeri.

It referred to a meeting between Mr Liggeri and US officials on 9 April 2009.

"According to Liggeri, Pfizer had hired investigators to uncover corruption links to Federal Attorney General Michael Aondoakaa to expose him and put pressure on him to drop the federal cases," the cable released by the whistle-blowing website WikiLeaks said.

"He said Pfizer's investigators were passing this information to local media."

Mr Aondoakaa was removed from the position of justice minister in February this year by Nigerian President Goodluck Jonathan.