Quality of staff bane of the NHIS 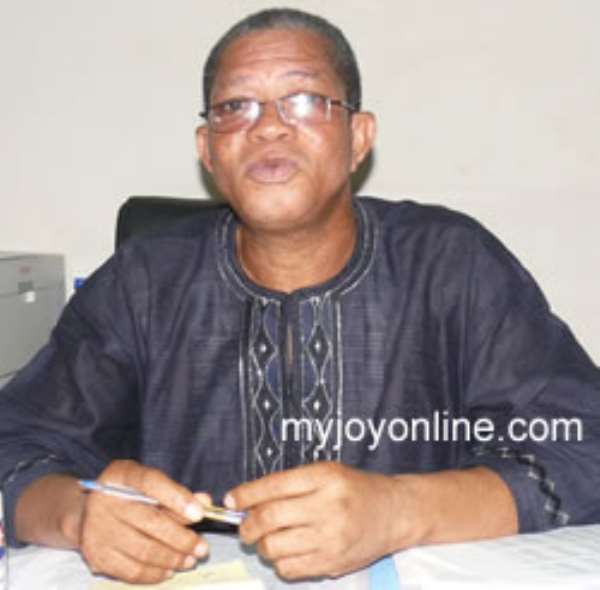 The National Health Insurance Authority (NHIA)says it has identified low quality of staff as one of the problems bedeviling the scheme since beginning its operations in 2004.

Mr Eric Ametor-Quarmyne, Deputy Director, Corporate Affairs & Strategic Direction of the NHIA told Myjoyonline.com that with HND holders at the helm of affairs as scheme managers, the scheme definitely has challenges to deal with.

“The greatest challenge has been the quality of staff...mainly because the Act 650 [the Act that established the NHIS) tended to specify qualifications for scheme staff and in this age of knowledge explosion, I wonder whether a law could specifically state that the qualification for a scheme manager should be an HND holder. This is what we have in Act 650. So if the manager is an HND holder, then the common clerk what would be his or her position, a JHS graduate?”

To correct this and other factors militating against the progress of the scheme, he said the NHIA has proposed some amendments to the existing Act with the hope that “all difficulties” confronting it would be addressed.

Highlighting some of the challenges, Mr Ametor-Quarmyne mentioned the difficulty in demanding accountability from various schemes because the law makes them autonomous.

The NHIS has about 145 schemes under it, which with the amendment of the new Act would make them district schemes to be placed under the supervision of regional scheme managers, control by the authority.

Mr Ametor-Quarmyne also attributed the often indebtedness of the scheme to service providers to the independence of the various schemes backed by the Act 650.

However, he noted that his outfit has streamlined its mode of payment with more stringent financial control measures.

“Before we send money to any scheme, we ask them to submit to us payment plans. First they submit the claims that they have received, and then they give us payment plans on who is going to receive what. When the money is sent to them, after two weeks they send us how they have disbursed the money. So we have been able to reconcile in the head office what the money has been used for and because of that they are not able to use the money anyhow.”

On the issue of embezzlement, Mr Ametor-Quarmyne said the authority has employed various ways to tackle it.

“We have also instituted the clinical auditing [process] in which qualified medical personnel also go and vet the claims that the service providers submit for payment,” he noted. In addition, external audit firms have also been tasked to audit books of the 145 schemes across the country.

He was hopeful the advent of the Capitation would close the payment gap to service providers.

With the Capitation, each service provider is entitled to register a number of NHIS subscribers who want to use their service. Based on a common agreement between the authority and the service providers, there would be a determination on how much to pay on a card bearer. This will cover a period of three months but would cater for only primary health care - common treatment at the out patient department (OPD).

The pilot project is expected to start in the Ashanti Region by the end of the year.