Book Excerpt: Pretending to be President 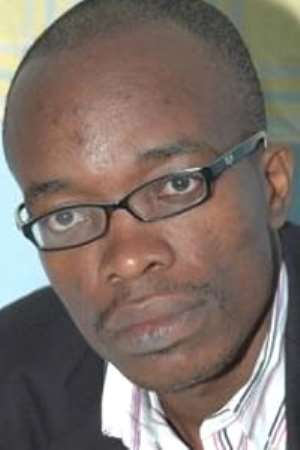 Jobs for the boys and girls
February 3, 2005
Countrymen and women, loyalists and opponents, I have already spelt out my plans for my second term on the Black Star Stool. I must warn you that things are not going to change much and so don't expect too much from me – otherwise, you will be sorely disappointed. I must also point out that whether you like it or not, I am going to increase petroleum prices – unless something drastic happens to change my mind. To be forewarned is to be forearmed, so please brace yourselves up for a major shocker in the months ahead. Bear in mind that things have to get worse before they get better.

As I settle down to the real work of the excellent one, I have heard many of you debating/discussing the size of my government – that is the number of ministers of state who will be helping me to execute my responsibilities. I know that most of you will like to see the number of ministers reduced to the barest minimum to bring down cost and ensure efficiency as well as maximum productivity from each minister. I understand your concerns. In fact, I agree that I need just about twenty-five ministers of state. But certain circumstances beyond my control make it imperative for me to employ almost one hundred ministers and almost an equal number of deputies, who will in turn employ about two hundred special assistants.

First, there are so many men and women who have helped me to get to where I am. I am not a superman, and so there is very little I can do on my own. For example, I needed a lot of cash for my campaign for the elections which brought me to power. Much of it was provided by not-so well-meaning individuals, who gave grudgingly in anticipation of good returns. There are others who worked like donkeys – traveling to faraway places, sleeping in ditches and lying to the people for me – who must also be compensated. Simply put, I need to reward those who helped me to become the excellent one. And how do I do that?

Well, I just appoint them as ministers of state. It doesn't matter whether they qualify or not. What matters is that I need to repay or reward them for what they've done for me. I never want anyone to call me an ingrate, you know. Appointing them as ministers gives them a measure of social recognition and they get to enjoy numerous luxuries, paid for by the state – free petrol, free electricity, free accommodation, free everything. Otanka is one such minister. He's just a position occupier – spending vital state resources for his personal gain and receiving social recognition as a minister, for merely working so hard on my electoral campaigns.

Secondly, I have to appoint so many ministers because I just can't find people who are hardworking and qualified enough to supervise several different areas at the same time. You know I am considering creating an Aviation ministry. I don't know whether it will be a wise decision to establish an aviation ministry but I am being forced to do so. Under normal circumstances, aviation should be under transport.

In fact, transport of any form – rail, mass transit, intercity, aviation etc. – should all fall under the Transport Ministry. But what is a president to do when his transport minister is indiscriminately using his 'langalanga', claiming that his indiscretions are benefiting the nation? I have no choice than to create separate ministries for rail and aviation. Why do we need a Minister for Tertiary Education when there is a Minister for Education? Why do we need a Minister of State at the Finance Ministry when there is a Finance Minister? The answer lies in the concept of “job for the boys” (and girls) as well as the incompetence of our ministers.

Thirdly, in a country where ministers of state delight in delivering speeches, “commissioning” projects, attending useless functions and essentially wasting time, the president is compelled to appoint as many ministers as possible so that whiles some laze about, the work of government will not be brought to a standstill. If I appoint 25 ministers of state (my ideal number of ministers), and they all go about delivering boring speeches and wasting time, who will be left to work? The solution therefore is to appoint more ministers than necessary so that, at least, we can get a few who can pretend to be working whilst others are busy showing the world that they are ministers.

As I've said, I think this country does not need more than twenty five ministers of state – ministers who will stay on top of things and work real hard to help any government achieve its policy objectives. We have very few people like that in the country and even fewer in my party. So please, for now, bear with me and understand why I need to appoint more ministers than necessary.

However, I will like you to criticize the ministers and say all sorts of unkind things about them for surrounding themselves with useless “special assistants”.