Architects Ready To Use Expertise For Orderly Development 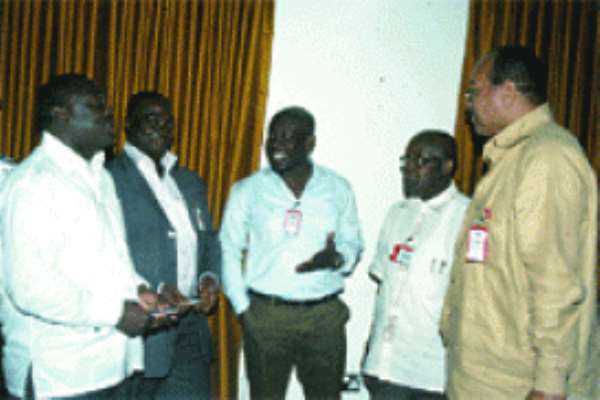 Members of the Ghana Institute of Architects (GIA) say they are committed to offering their services to the public to develop the country in an integrated manner for the present and for posterity.

They said there was no dearth of the requisite knowledge, skills and capacity in the building and physical development industry, noting that what was left was for these to be translated into practicable actions for change and a disciplined development of the country’s villages, towns and cities.

The President of the GIA, Mr Osei Kwame Agyeman, who stated this at a GIA/BUSAC validation workshop in Accra, was confident that with the collaboration of the media to engage the citizenry in the right and proper actions in the building industry, challenges of haphazardly planned cities and the putting up of weak infrastructure would end.

A collaborative advocacy programme between the GIA and the BUSAC Fund that began in 2008 highlighted the issue of inadequate enforcement of building regulations in the country and other development controls, resulting in disorderly urban and rural landscapes.

Subsequently, a study was conducted on how to address the challenge of inadequate enforcement of building regulations.

The study, titled, “Addressing the adverse impact of non-enforcement of building and development controls”, was the basis for the discussions with journalists and other stakeholders at the workshop.

A member of the GIA/BUSAC co-ordinating team, Mr Tony Asare, in a brief on the study, highlighted the challenges of the haphazard nature of cities and towns that was a result of the lack of enforcement of regulations and controls.

Those were all related to the quality of development in the country, which was characterised by the sprawl of unplanned settlements, slums and their attendant health and sanitation challenges, haphazard and unstructured infrastructural development that facilitated flooding and the collapse of buildings and the uncontrolled development of urban and sub-urban areas, he said.

“Unplanned cities and towns lead to enormous pressures on the distribution of infrastructural services such as water, electricity and roads and all these have an impact on people’s health and safety in society,” he added.

He said the challenges indicted society, professional bodies responsible for the “built environment” and governmental responsibilities.

The uncontrolled pattern of development, Mr Asare said, was done within a framework of laws, regulations and governmental and professional bodies in charge of supervising and monitoring good practices in the industry.

The study listed at least 20 such bodies operating in the country and recommended the harmonisation of the procedures for building and development control, the review of laws, training of all stakeholders, mass education of the citizenry, national urban development strategies, enforcement and monitoring.

A real estate and property lawyer, Mr David Ofosu-Dorte, made the distinction that laws governing ownership of land and the use of land were different in the country.

Many people were, however, unaware of that and confused the fact that any documentation on the ownership of land also covered its use, he said.

He said the planning and development of cities and towns in the country was often “after the fact”; that is, it was undertaken before recourse to the laws.

Mr Ofosu-Dorte also criticised the constitutional provision that gave the President the power to demarcate districts according to electoral indicators and said that was a major factor for the haphazard development of cities and towns in the country.

He said the demarcation of districts should not be an electoral function only, as the Constitution currently prescribed, but had to take cognisance of other socio-economic factors.

Representatives of the Ghana National Fire Service (GNFS), the Town and Country Planning Department and many architects attended the meeting.

Mr William Evans-Anfom, an architect and former President of the GIA, encouraged contributions from the public, particularly the media, in taking the services of architects to the doorstep of all Ghanaians.