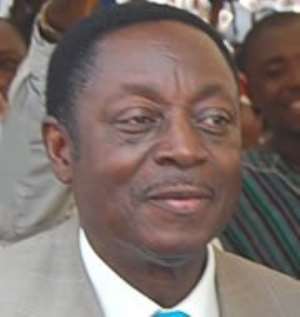 However, resources would only be provided on the examination of the merit of each case, he said.

The performance contracts aim at ensuring that the organizations involved attain the targets negotiated with the State Enterprises Commission (SEC) and the Government.

Speaking in Accra at the signing of performance contracts by 32 SOEs, including the Ghana News Agency, the Finance Minister said government would also intensify its oversight and regulatory role over State Owned Enterprises to reduce the fiscal risk that they posed to the economy.

The Chief Executives of the SOEs, supported by the Board of Directors, signed the contracts on behalf of their respective organizations while sector Ministers signed for the Government.

Dr Duffuor said the constant losses of SOEs and the consequent accumulation of excessive debt was a source of significant challenge to effective fiscal management.

“Because SOEs are a potential source of fiscal risk, it is important that the government systematically and frequently monitors your operations and report to the public with enough evidence that the risks are properly evaluated and mitigated,” he said.

In this connection, Dr Duffuor said, government intends to establish a more effective and rigorous performance monitoring system to ensure that performance lapses were identified on a more frequent basis.

The Minister tasked the State Enterprises Commission to set up a comprehensive database of all SOEs to enhance the submission of quarterly consolidated reports to the Finance Ministry.

Dr Duffuor was not pleased with the poor dividend payment records of SOEs, and appealed to the enterprises to commit to making meaningful contributions to the consolidated fund.

Records indicate that only three out of 28 SOEs have been paying dividends annually in the past four years.

While admitting that some enterprises were set up to provide social services, Dr Duffuor said that did not absolve them from the responsibility of using resources judiciously and maintaining financial sustainability.

He, therefore, tasked the Boards and Management to come out with alternative and innovative ways to change the fortunes of the companies.

Mr Yao Klinogo, Acting Executive Chairman of the SEC, reiterated the need for Managements of SOEs to live by the tenets of accountability and transparency in the discharge of their duties.

He said while autonomy was required to ensure the effective performance of SOEs, this must go hand-in-hand with good financial management practices and responsibilities to achieve set goals.

The Performance Monitoring and Evaluation (PME) system of the SEC is the method by which managers of these enterprises are granted full autonomy to operate and ensure efficiency, effectiveness and profitability.

Mr Klinogo asked Boards and Managements to go beyond the symbolic signing of the contracts to making sure that they met the targets negotiated.

He said the improved performance by SOEs would help to remove the negative perception that they were a drain on Government resources.

Mr Klinogo called for effective collaboration between Board and management to avoid conflicts.