Israel soldiers speaks out on Gaza 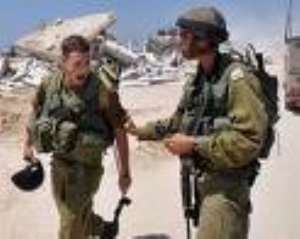 Israeli soldiers have described the use of permissive rules of engagement that cost civilian lives during the recent military campaign in Gaza.  This is in reaction to the UN accusation that, the campaign has damaged and destroyed both lives and property of civilians.

Reacting to the report, Israeli military spokes woman Lt. Col Avital Leibovich says, she regrets the fact that another Human Rights Organisation has come out with a report based on anonymity without investigation the credibility of the information.  Israel denies breaking the laws of war and insists troops went to great lengths to protect civilians.