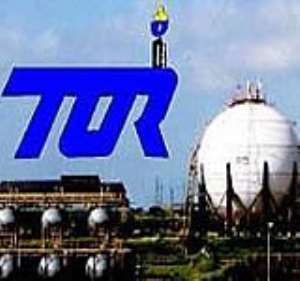 The Tema Oil Refinery (TOR) has been shut down again barely a week of operations after it was shut down about six months ago for maintenance.

The Chief Executive Officer of TOR, Dr Kwame Ampofo told Joy Business News the shutdown became necessary at the instance of its engineers to enable them carry out full maintenance works to ensure that the refinery operates a full capacity.

He explained that after the refinery had been shut down for such a long period, it would be impossible to operate on a full scale, adding that the refinery was started last week for testing and not to operate fully.

Dr Ampofo said during the test operation, TOR engineers realized there were some few problems that need to be rectified, necessitating its shutdown again for full repairs.

He was hopeful the maintenance would be completed in a week.

He assured the public that the shutdown was not as result of the shortage of fuel experienced last week.

He also noted that due to the high demand for fuel in the country, even when the refinery is in full blast, it could only produce about 70% of the market requirement.

In a related development, Ghana Commercial Bank has withdrawn the euro assistance it has been giving to TOR to purchase its crude oil and other petroleum products because the refinery has failed to settle the huge debt it owes.

Dr. Ampofo, however said, there are several banks that are now willing to finance its crude purchases.