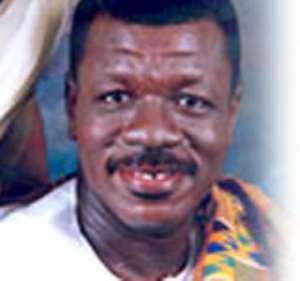 The International Central Gospel Church (ICGC) has denied media reports that one George Clint alias 'Osofo', alleged to have been part of a robbery gang arrested recently, is an elder of the church.

The Church explained that though the suspect, has in recent times, worshipped with its branch at Batsonaa in Accra, he is neither an elder nor a pastor of the church and has not been assigned any oversight responsibilities whatsoever.

“We wish to make the correction...the said Mr. George Clint is a member of our assembly at Batsonaa but he is not a church elder neither is he a pastor of the church” the Deputy General Secretary of ICGC, Rev, Morris Appiah, noted in a letter of correction addressed to DAILY GUIDE after the paper carried a front page story last Tuesday that the suspect is an elder of the church.

Rev. Morris noted that ICGC does not even have any position called “Elder” and that the suspect is not even in charge of a fellowship or a department but just a member of the church.

The church explained further that though it was embarrassed by the misrepresentation, it would not disown any of its members but would continue to use the pulpit to raise leaders, shape vision and influence society.

It said ICGC fully respects the law and would allow the police conclude its work and would not have commented on the case but for the misrepresentation carried by the media.