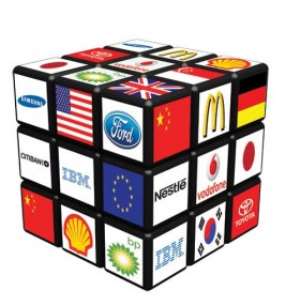 The communiqué was issued in Washington at the end of a meeting of the Joint Ministerial Committee of the Board of Governors of the Bank and the Fund on Transfer of Real Resources to Developing Countries, a release from the Bank's Office in Accra said.

It noted that the global economy has deteriorated dramatically since its last meeting and said: “Developing countries face especially serious consequences, as the financial and economic crisis turns into a human and development calamity. Hard-earned progress towards the Millennium Development Goals (MDGs) is now in jeopardy. The crisis has already driven more than 50 million people into extreme poverty, particularly women and children. We must alleviate its impact on developing countries and facilitate their contribution to global recovery.

“The World Bank Group (WBG) and the IMF have shown leadership and complement each other in helping developing countries respond to the crisis, enabling countercyclical measures, and helping to bridge the huge financing gap, including efforts to revive private capital flows. Multilateral institutions need the resources and capacity for effective crisis response and prevention. We welcomed member countries' commitments to a substantial increase in resources for the IMF.”

The communiqué said: “More needs to be done as the crisis unfolds further. We now need to translate our respective commitments, including those made by the participants at the recent London Summit, into concerted action and additional resources. We urged all donors to accelerate delivery of commitments to increase aid, and for us all to consider going beyond existing commitments.

“We welcomed the WBG's efforts to ensure a timely crisis response while maintaining its focus on long term development challenges, including those posed by climate change and the need to accelerate progress towards the MDGs. We noted the expected trebling of IBRD lending this fiscal year and the fast tracking of IDA 15 commitments. We supported the initiatives the WBG has launched and encouraged their timely implementation:

“To protect the poorest, the Bank has set up the Vulnerability Financing Facility, including the Global Food Crisis Response Program and the new Rapid Social Response Program. IFC has also created the Microfinance Enhancement Facility to help poor borrowers,” the meeting said.

The communiqué said: “To reinvigorate trade finance, IFC has expanded its Global Trade Finance Program from $1 billion to $3 billion, and has also launched its Global Trade Liquidity Program, expected to support up to $50 billion of trade over the next three years.

“To help support the financial sector, IFC has created the Capitalization Fund, to provide additional capital for developing country banks. MIGA has extended guarantees to loans to Eastern Europe for coverage of $500 million.

“Many of these initiatives are designed to mobilize more resources, both public and private. We welcomed the additional contributions that have been made and urged governments to consider further support. In addition, we called upon the WBG to update as appropriate its policies, instruments and strategies in light of lessons learned from the crisis.

“We confirmed our support for making optimal use of IBRD's balance sheet with lending of up to $100 billion over three years. Given the possibility of a slow recovery, we considered the potential need to deploy additional resources and asked the WBG to review the financial capacity, including the capital adequacy, of IBRD and IFC, and the adequacy of the concessional resources going to IDA countries, for our further consideration at the 2009 Annual Meetings.

“The crisis and the need for a strong multilateral response further highlight the relevance of ensuring enhanced voice and participation of developing and transition countries in the governance of the WBG. Based on agreement at our last meeting for the Board to develop principles, criteria and proposals for Bank shareholding, we agreed to accelerate work on the second phase of the reform with a view to reaching agreement by the 2010 Spring Meetings. This must involve all shareholders in a transparent, consultative and inclusive process.

“We welcomed the Board's review of internal governance and asked the WBG to continue the work, as part of the comprehensive approach to strengthening WBG governance and overall effectiveness, the communiqué concluded.

“ The Committee's next meeting is scheduled for October 5, 2009 in Istanbul.