Break with past negative tendencies - Yamson 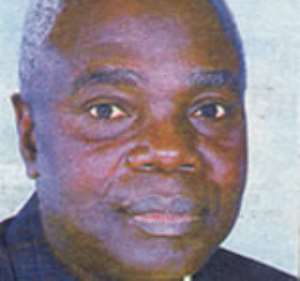 
The Chief Executive Officer of Yamson and Associates, Mr Ishmael Yamson, has noted that after experimenting with many development strategies over the past 20 years, Ghana is still struggling to achieve its development objectives.

He has, therefore, challenged President Mills and his government to break with past negative tendencies and take bold actions to accelerate national development and make the country become competitive within the global community.

"We need a different mindset, attitude and perspective to be part of the new world. The new government and leadership has an opportunity to 'break' with the past," he said.

Mr Yamson made the observation in Accra Wednesday at a forum dubbed, "Ghana Development Dialogue", jointly organised by the World Bank and the Council for Scientific and Industrial Research (CSIR), in collaboration with the Ministries of Trade and Industry, and Environment, Science and Technology.

It was on the theme, "Building private sector competitiveness for growth, jobs and poverty reduction".

The dialogue is intended to stimulate discussion between the government and the private sector on how best to improve the competitiveness of the private sector towards accelerated economic growth and the achievement of a middle-income status by 2015.

According to Mr Yamson, Ghana had remained poor because of the negative mindset of the nation, pointing out that it was time to break with the past.

"If we continue to live with the past, we will continue to lag behind. It's long time for us to begin to rediscover ourselves," he said.

Mr Yamson said there was no reason why registration of a business, for instance, could not be done in one day and had to take about 14 days,

Mr Yamson said there were opportunities within the current global economic crisis, but the country required different mindset to take advantage of those opportunities.

He expressed worry that, "We've locked ourselves in the mindset of mediocrity".

The Minister of Trade and Industry, Ms Hannah Tetteh, stressed the need for the nation to move beyond dialogues, seminars and workshops to action in order to achieve its development goals.

"We do not have the luxury of time to dance around the issues any longer. We need to move from discussions and concepts to action," he noted.

Ms Tetteh announced the government's intention to restructure the National Board for Small Scale Industries (NBSSI) and also introduce a consumer protection policy in line with efforts to promote private sector growth.

She expressed the hope that the dialogue would help deepen mutual understanding between the government and the private sector.

The Minister of Environment, Science and Technology, Ms Sherry Ayitey, underlined the importance of the private sector to the country's quest to attain a middle-income status by 2015.

She however noted that in order for the private sector to become competitive, there was the need for players to be innovative.

Ms Ayitey pledged the government's commitment to protect research findings through the introduction of patenting and also support research institutions to come up with innovations for the production of more made-in-Ghana goods.

“We have to shift from our dependence on imported items so that we can protect our local industries," she said.

The Country Director of the World Bank, Mr. Ishac Diwan, said cheap imports had destroyed much of Ghana's industries built in the 1970s, adding that the country was not doing well as compared to its competitors.

He said years of stability and liberalisation policies and consolidation of democracy and private sector growth, had all delivered impressive opportunities for Ghana, but the challenge ahead was to make huge investment in education and science and technology so as to take advantage of those opportunities.

The Director-General of CSIR, Dr S.A. Salifu, said there was the need for increased co-operation between the government, academia and research institutions to ensure the competitiveness of the country.