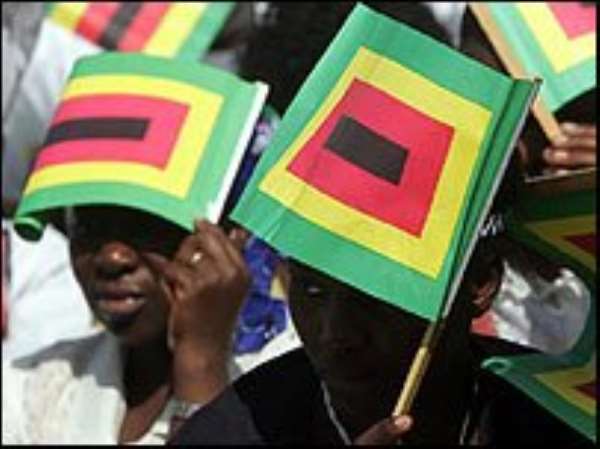 Zimbabwe's main opposition party has accused the government of printing millions of surplus ballot papers for the presidential and legislative polls. The Movement for Democratic Change (MDC) says leaked documents show nine million papers have been ordered for the country's 5.9 million voters.

But, the head of the electoral commission has rejected suggestions that the extra papers might be misused. Judge George Chiwese told the BBC that the vote would be free and fair.

President Robert Mugabe has accused the MDC of treasonous links with Britain. Speaking ahead of the 29 March election, he said the opposition would never take power as long as he is alive.

The MDC's Secretary General Tendai Biti said the claims of excess ballot papers are based on leaked documents from the government's security printers. The MDC also says 600,000 postal ballots have been ordered for a few thousand police, soldiers and civil servants.

While ballots are reported to have been ordered for police and military personnel and civil servants living away from home, about four million Zimbabweans living abroad are not permitted to vote by post.