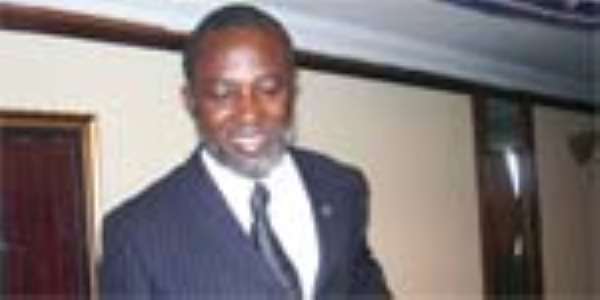 PRICE OF petrol is expected to go up by about 6 percent on Friday, John Attafuah, Chief Executive Officer of the National Petroleum Authority (NPA) has revealed to CITY & BUSINESS GUIDE.

Additionally, prices of other petroleum products such as diesel and kerosene would go up.

Irrespective of the continuous hike in the commodity, beating the $100 mark some two weeks ago, the price change according to Mr. Attafuah would be minimal.

“We are the regulators and want to ensure fairness in the price change,” he explained.

“Because of the smuggling of fuel to neighbouring countries and other reasons, there is the need to review petroleum prices to deter this practice,” he added.

He however urged Ghanaians to conserve fuel in order to save cost.

The NPA boss failed to comment on government's move to hedge oil when CITY & BUSINESS GUIDE quizzed him.

Crude oil hovered around $108.65 per barrel on the world market yesterday, depicting a possible upward review of petroleum prices.

With the rise in oil, government's import bill is expected to increase as its average estimate price of about $80 per barrel for crude oil importation in its financial statement for 2008 has been overshadowed by the current development.

Since the NPA adopted fortnight reviews of petroleum prices until the price of crude oil stabilizes on the world market, fuel prices have been going up.

This is mostly due to the ever-weakening dollar and worries about winter fuel supplies which sent US oil prices to a peak at $103.62 a barrel last week.

Another factor pushing up prices is last week's decision by producers' cartel OPEC to keep output unchanged, despite rising demand in China.

Simultaneously, kerosene and diesel also went up to GHp101.45 and GHp110.54 as against the previous prices of GHp94.30 and GHp104.
i]By Charles Nixon Yeboah