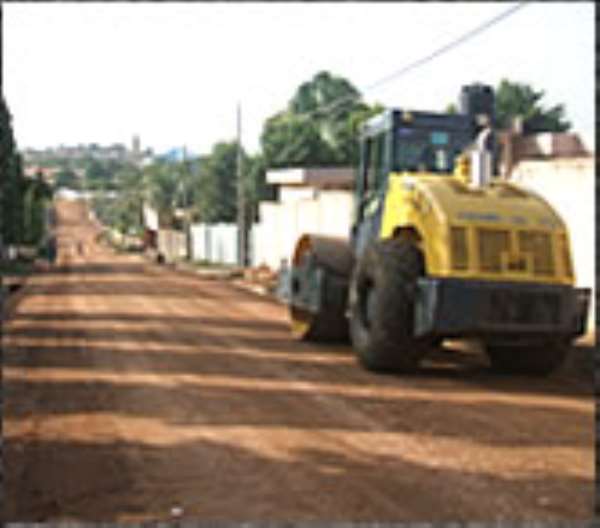 
The ministry or finance has stated that it has paid about 90% of contract works that was part of the budget in the 2007 fiscal year.

According to the Ministry, the delay of payments to some road and building contractors working on government projects was due to some Ministries, Departments and Agencies (MDA's) who gave out contracts that exceeded their budgetary allocations for the year.

The Minister of Finance and Economic Planning, Mr. Kwadwo Baah-Wiredu, reacting to a news item on “The Agony of Building and Road Contractors”, said that it was necessary for the MDA's to avoid such actions since it created problems when it came to the payments of these contractors.

To him, it was not the intention of the Government to delay the payments of works, only that it was difficult raising funds to make immediate payments that were outside the budget.

Mr. Baah Wiredu admitted that although it was true that some contractors had not been paid, the numbers of those paid was significant.

He added that as part of government's plans to take care of indebtedness brought forward from 2006, they would also pay for jobs given out this year.

The Chief Director of the Ministry of Finance and Economic Planning, Nana Juaben-Boateng Sirebour, said that to avoid a situation where contractors had to wait for so long before receiving their payments, the MDA's should adopt the habit of paying first those who finished their work and also concentrate on paying old debts, rather than awarding new contracts.

Director of Budget, Mr Kwabena Adjei-Mensah, said that it was very important to find ways of raising enough revenue to enable the country to adequately provide funding for the needed infrastructure of the various sectors.