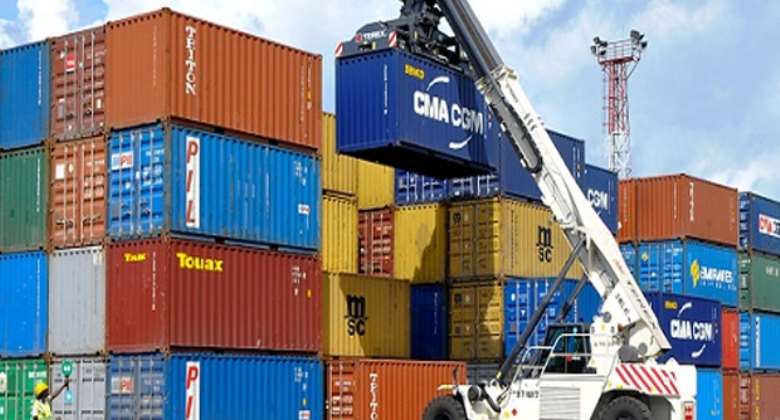 Containers being offloaded at the Tema Port

Ghana's total balance of trade recorded a surplus of 1.87 billion dollars in the first ten months of the year, the Bank of Ghana (BoG) has indicated.

According to the Central Bank's Summary of Economic and Financial Data the figure is equivalent to about 2.8 percent of Gross Domestic Product (GDP).

The surplus recorded is higher than the $1.02 billion dollars recorded during the same period in 2021.

The Bank of Ghana data further revealed that gold dominated the total value of exports, recording US$5.33 billion in October this year, up from US$4.8 billion recorded in September.

Gold export earnings also went up by 26.4% to $5.33 billion, supported by increased production volumes triggered by the positive response from small-scale gold exporters.

Oil followed suit with US$4.6 billion worth of exports in the same month under review.

According to the report, non-oil imports were estimated at US$8.5 billion, while oil imports accounted for US$3.9 billion for October 2022.