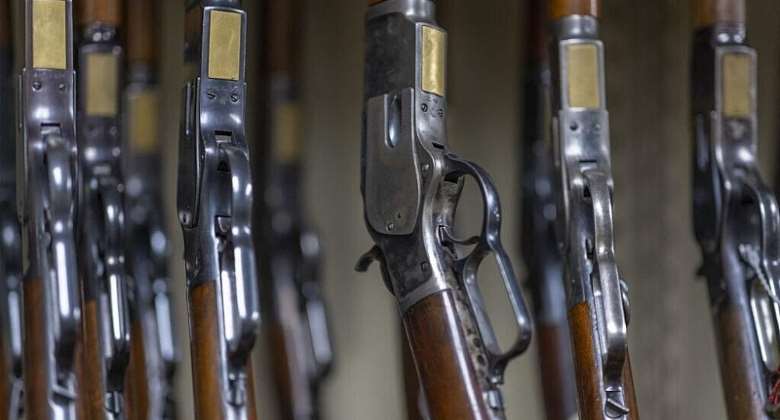 In a first for France, from Friday any residents who hold "undeclared" weapons are being urged to drop them off at dedicated points throughout the country without risking penalties.

The Interior Ministry, which is organising the initiative, estimates that up to six million weapons are circulating illegally in France.

To reduce that number, 300 drop-off points have being set up until Friday 2 December.

The aim is not to track down weapons held by criminals, but to target "the average person" who may have a gun or knife lying around, perhaps because it was passed down to them or left around their home, the ministry explains.

"First of all, we want to fight domestic accidents that can happen with these weapons, which are often kept in an unsecured manner at home," said Jean-Simon Merandat, head of the ministry's weapons and explosives service, SCAE.

"We also want to prevent undeclared weapons from being stolen during burglaries."

The ministry is seeking to recover as many weapons as possible, of all types.

According to Merandat, priority is given to firearms, whether they are recent or older, such as hunting weapons, historical weapons and collectors' items.

"But we also accept edged weapons, swords, knives, daggers that you might have at home and that represent a potential danger for you," he adds.

Any explosives, such as shells and grenades, will be collected directly from people's homes. A collection service is also being organised in the Paris region to avoid people travelling on public transport with a weapon.

In other regions of France, weapons can be taken to prefectures, police stations and certain gun shops.