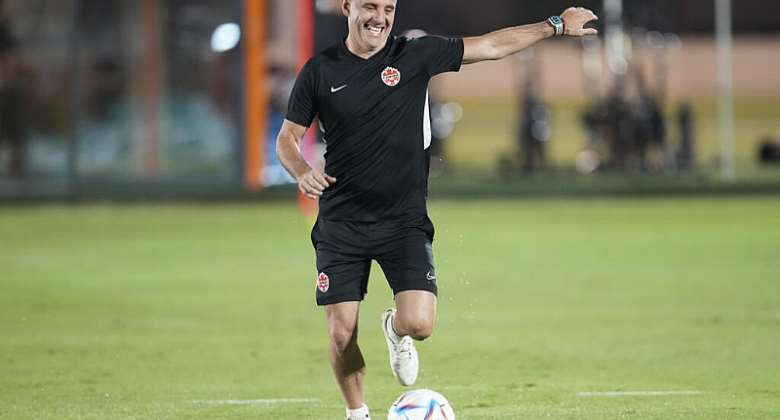 Canada boss John Herdman urged his players to revel in the moment on Wednesday night when they take to the field for their country's first game at a World Cup since 1986.

That campaign in Mexico ended in disaster with no goals scored during defeats to France, Hungary and the Soviet Union.

The nation's 36-year wait for redemption at the tournament appears a brief moment in time compared to Wales's 64-year absence from the event.

And Herdman attempted to lighten the load on his squad ahead of the clash against Belgium with a call to embrace the wonder and achievement of playing in the most prestigious national team competition.

"We've got to enjoy that process and enjoy that experience and enjoy knowing that there are people back home surrounding TVs, filling bars and restaurants to watch us ... it's a great feeling."

Potential
Canada, at 41 in the Fifa world rankings, go into the Group F game as underdogs. Roberto Martinez's side boasts a clutch of stars from top European clubs and second rung behind the Brazilians in the Fifa ladder.

But the Spaniard said his side would not underestimate their opponents.

"We have huge respect for what Canada have achieved," said Martinez.

"When you finish top of your qualifying group ahead of national teams such as the United States and Mexico, it's something with substance. It is not a coincidence."

Healthy
Herdman said his side would be at full strength with the return to fitness of the Bayern Munich defender Alphonso Davies as well as midfielder Stephen Eustaquio and goalkeeper Milan Borjan.

"You've got to follow the medical advice," he added. "Our goal first and foremost was the safety of the players, and that's paramount.

"But everyone has came through well, so it's exciting times for us now. The dark clouds have shifted. We're all at 100 percent."

Martinez will be without the services of record goalscorer Romelu Lukaku.

The Inter Milan striker will miss the clash at the Ahmad Bin Ali Stadium as he continues his recovery from a hamstring injury.

"Canada look like a team and not just a group of players coming together to play for the national team.

"That's a very dangerous situation, when you're playing a team with nothing to lose."

Croatia, who lost to France in the 2018 final in Russia, open their Group F programme against Morocco at the Al Bayt Stadium.