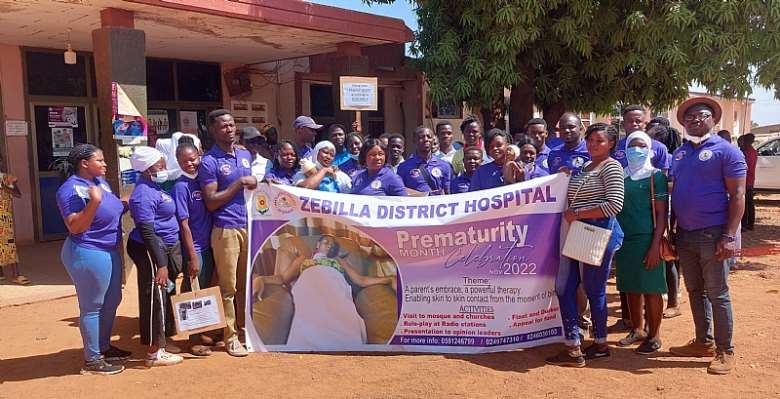 The Zebilla government hospital in the Bawku West District of the Upper East Region is operating with only two incubators.

The Management of the hospital laments that the situation is getting worse every day since they now serve as the main referral centre within the Kusaug area due to the Bawku conflict.

He noted that the Unit has only two incubators which serve six districts in the kusaug area due to the conflict in Bawku.

According to Mr. Christopher, because of the conflict in Bawku surrounding districts such as Tempane, Pusiga, Garu, Zebilla and Binduri are all relying on the Zebilla government hospital for Nicu services.

He added that since last year 2021 till date they have been able to manage one hundred fifty-seven (157) pre-term babies in the small unit.

He said the lack of space in the unit is affecting services delivery calling on philanthropists and individuals to come to the aid of the hospital to save the lives of pre-term babies.

Mr Christopher disclosed this on the awareness float to mark the prematurity month celebration in 2022.

The midwives and nurses and other hospital staff drum and dance through the principal streets of Zebilla to mark the day to create awareness about pre-term babies.

Dr Gillian Bogee, the Head of the newborn care unit in Bolgatanga, joined calls for an expansion of the unit to curb the avoidable deaths of preterm babies in the area with the help of more incubators.