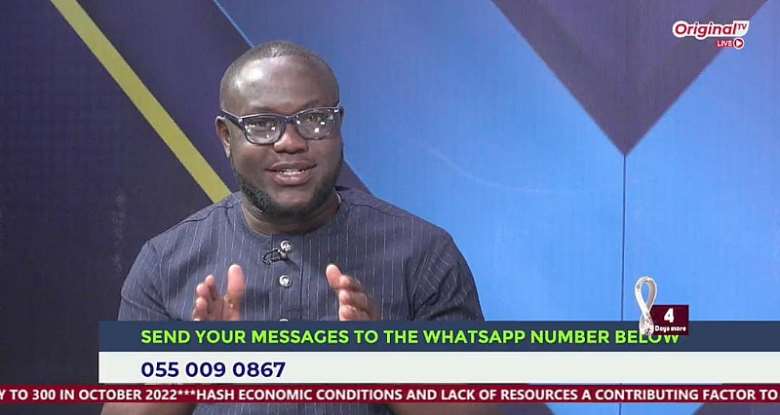 General Secretary of the Great Consolidated Popular Party (GCPP), Citizen Ato Dadzie has called on the Minister for Finance, Ken Ofori-Atta to resign to save the country’s economy.

He pleaded with Mr Ofori-Atta to heed the numerous calls for his resignation.

According to him, the Finance Minister has plunged the country into unsustainable public debt levels which he thinks is the cause of the current economic challenges.

“The strategies that the Finance Minister has implemented have not worked and he should simply bow out," Citizen Ato Dadzie exclusively told Samuel Huntor on Ananyosem on Accra-based Original TV.

He added, “As of now, whatever strategies need to be in the Budget by now have already been instilled and, for me, a new person coming in will be best.

“A new person with a new mindset may be needed to lead the discussion for the 2023 Budget."

Citizen Ato Dadzie added that there is a crisis manifesting itself across all facets of social and economic life; noting that people no longer trust the Finance Minister.

He urged the Minister to do the honourable thing by immediately resigning which would give President Nana Addo Dankwa Akufo-Addo the opportunity to appoint someone.

“If you have somebody who only a few weeks ago indicated that we will never go there now leading the negotiations, that is an untenable position,” he emphasised.