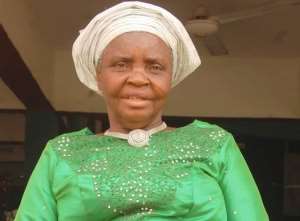 With the elections coming up early next year, state actors in Nigeria have their minds fixed on emerging victorious at the polls. The business of governance has taken a back seat. Politicians are busy plotting and scheming to get into power or to return to power. But across the nation, there is devastation. There is pain, anguish and misery. Witchcraft accusations are wreaking havoc in the lives of the people. Witch hunting is becoming the disorder of the day. In the past weeks, cases of witch bloodletting have widely been reported. Savage attacks and the killing of suspected witches or wizards have taken place in Benue, Imo, and Cross River states.

In Benue, a local mob brutally murdered two elderly persons suspected to be witches. They accused them of killing young persons in the community through witchcraft. Some angry youths abducted these innocent persons from their homes; they beat and strangled them to death. As in many such cases, the police have not made any arrests, and may never. They claim that the suspects are at large. In a case of misplaced priority and misapplied intelligence, police in Benue disrupted an event convened to address abuses linked to witchcraft beliefs in the state. Police said that they got information that it was a gathering of witches. Meanwhile in many cases, when witchcraft related attack or killing occurs, the police are nowhere to be found.

In Imo state, efforts are underway to ascertain the fate of a suspected witch. The woman was seen in a video confessing to killing and causing illness in Ihitte Owerri, Orlu in Imo state. In the video, some youths brought the woman to a public square. They beat and coerced her to make confessions. There are speculations that the woman was later thrown into a river. Some sources say that she is still alive. Her whereabouts are unknown. State agencies have been contacted, but they seem not interested in ascertaining the fate of the woman. They are giving excuses for not intervening. State agencies are not taking the matter seriously. After a while, this woman's case will fizzle out, and life would get back to business as usual.

In a related development, some witch hunters have murdered five persons in Odukpani in Cross River state. In a petition submitted to the police, some family members stated that one of the victims, Madam Iquo Edet Eyo, was dragged to a local shrine where she was beaten, butchered and had sharp objects thrusted into her vagina before she died.

Police have yet to make any arrests. Many cases of attack or killing linked to witchcraft beliefs happen in communities across the country. These incidents mainly go unreported and unaddressed. As the elections draw near, state officials are focusing on winning at the polls. They are not willing or disposed to address these atrocities. A petition urging the police to stop Helen Ukpabio's witch-hunting program in Calabar went untreated. The event, Rescuing Families from Witchcraft Markets, went ahead.

In the face of dire existential challenges and decadent health infrastructure, many Nigerians use witchcraft beliefs to make sense of their misfortunes. Many religious experts and traditional healers propose witches and wizards as the cause of problems, deaths and diseases, in families. Witch hunting has become a way of restoring family and community health and fortune.

Unfortunately, politicians are reluctant to tackle witch hunters and witch hunting due to fear of losing votes. They do not want to be seen to be supporting witchcraft or witches. Politicians do not want to take any action that would jeopardize their fortunes and ambitions. In addition, most state actors, including police officers, judges, and human rights officials, believe in witchcraft; they are of the view that people could harm others through magical and spiritual means. So these state officers are unwilling to tackle the issue head on. They do not want to dabble in witchcraft matters.

The Advocacy for Alleged Witches (AfAW) urges the Nigerian public and politicians to rally against witchcraft accusations and witch persecution in communities. To stop witch hunting, witch hunters must be stopped. Nigerians need to realize that witchcraft is superstition, not science, fantasy not fact, illusion not reality. AfAW appeals to all Nigerians to abandon superstition and embrace science and critical thinking.