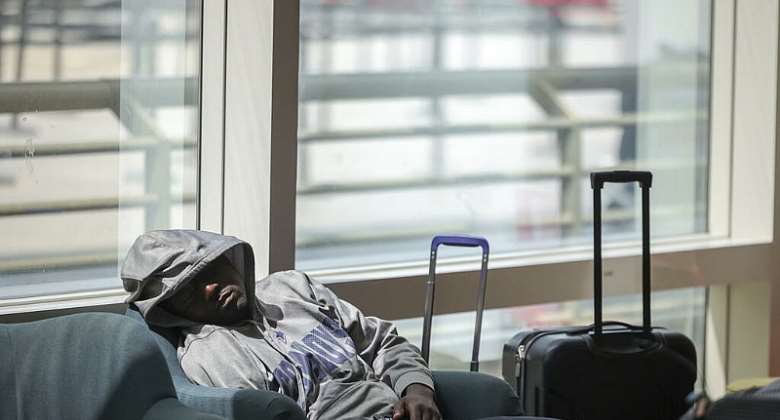 Flights in and out of airports in a number of countries in West and Central Africa have ground to a halt after air traffic controllers defied a ban and launched a "wildcat strike" on Friday to demand better working conditions.

The Union of Staff at the Agency for Aerial Navigation Safety in Africa and Madagascar (ASECNA), which regulates air traffic control across 18 countries, stopped working on Friday during a dispute over pay and working conditions.

Flights in and out of Burkina Faso, Mali, Cote d'Ivoire, Senegal and Cameroon, among other countries, were affected.

The strike has caused chaos for passengers travelling to Europe, the United States and within the continent, airlines and passengers said.

The strike action, banned by a number of court rulings, is expected to last for 48 hours.

"In spite of the prohibition of the strike by all the courts ... the Union of Air Traffic Controllers' Unions (USYCAA) has launched a wildcat strike," ASECNA said on Friday.

"We have already exhausted both administrative and institutional remedies in the management of this crisis, but we have in front of us trade unionists who are stubborn to do whatever they want," ASECNA's head of human resources, Ceubah Guelpina, told a press conference.

The USYCAA union said in a statement that its members would cease providing services to all but "sensitive" flights until their demands are met.

A USYCAA official in Burkina Faso told AFP news agency that a "minimum service" was assured for military and humanitarian flights.

On Thursday, a court in Senegal suspended the call to strike by air traffic controllers in Senegal and Cote d'Ivoire, ASECNA said.

ASECNA said it has developed a contingency plan to allow airlines to take alternative routes when certain airports are impacted by temporary staff shortages, in case the strike should drag on.

Paul Francois Gomis, a leader of Senegalese air traffic controllers who were on strike, said that some union members in Cameroon, Congo and the Comoros had been arrested for taking part in the strike.