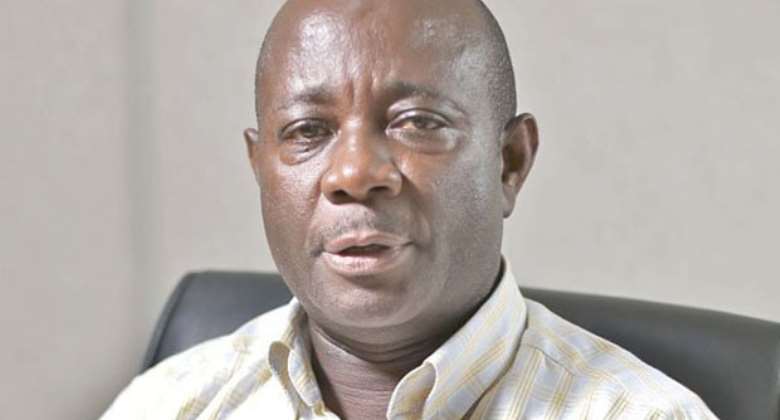 Bogosi is the concept of customary law as it relates to the institution of chieftainship. Bogosi has maintained its strategic position, administrative muscle and influence amid attempt by the colonial and post-colonial state emasculate it

AKWASI ADDAI Odike, born in September, 1964 at Adumakase Kese, attended Aduman Secondary School. He is the “son” of our elder brother, Kwame Obeng (also known as Apana-Wey-Wey), a driver from Fumesua who married his mother, and whom Odike employed as “security” in his “Odike Ventures Boutique” now christened Sandyfok at Adum. He housed him at his Patasi house.

Odike has had a chequered political life. He co-founded the United Front Party with Agyenim Boateng. He was the flagbearer in the 2012 general elections, obtaining 0.08% of the votes and placing 8th out of the 8 contestants. Odike and Agyenim Boateng fell out after Odike had flouted the party's constitution and made his son the General Secretary of the party. He then joined Razak Opoku to form the United Progressive Party. Then as a result of the struggle for leadership, he fell out with Razak and slowly wormed his way into NPP, but later accused Nana Akufo Addo of nepotism, an accusation vehemently denied by NPP's Mac Manu.

Odike waded into unchartered waters, when he spoke against Manhyia: “Your ancestors, Sir Osei Agyemang Prempeh … left us with water bodies intact … the way you are looking on for us to lose our forest and water bodies to galamsey, what account are you going to give Sir Osei Agyemang Prempeh when you die someday? Offinsohene alone fought against galamsey until he died. But as soon as he died , they have taken over Offinso and its enclave… all the division are under your watch you … pretend to dissociate yourself from the politicians but you are active participants… if Manhyia does not rise, I will stage a demonstration against you… mobilize the youth against Manhyia.

Odike, as if possessed by the devil, would not put a brake on his rantings, in spite of the admonition by the host of Oyerepa FM, Mensah Joel: “… be measured in your utterance against the revered Otumfuo … “Odike kept on and on and on :” I will die for Asateman, I will speak and die…”

On 19th August, 2022, the Asateman Traditional Council met at Manhyia to discuss Odike's “atua-te” (violation of customs and traditions). Led by Bantamahene, Nana Baffour Asare Owusu Amankwatia (Acting President of the Kumasi Traditional Council), Manhyia declared Odike persona-non-grata Otumfuo's Okyeame Panin, Nana Kwaku Owusu, disclosed that the pouring of libation was the first phase of the traditional rites, followed by the slaughtering of a ram, and explained: “… when someone goes far mining permit, they do not even consult Nananom before the permit is given. They don't even come and ask whether there are supposed to be some customs to perform, they just go and mine. All the royalties go to Government and nothing comes to us Oyerepa FM had to go to Manhyia to plead, and opted to close the station from Friday to Monday to openly demonstrate their “mea culpa” Asantehene's Sumankwahene hinted: “No one should think it is finished …. we'll summon him (Odike) to come and explain the bases of his allegation … He cannot bring the name of the Golden Stool, which represents Asanteman, into disrepute. He will be facing the spirit of Asanteman…! (Odike) has incited the youth against the chiefs of Asanteman…”

Unrepentant and sounding legalistic, Odike goes bunkers again “… what is the essence of democracy we are practising? If you have heard something you are not happy with, you should have called me to explain myself, rather than go ahead to banish me and further calling the chief of my hometown to banish me. The chief came from Italy to ascend the stool, is that how people are banished in Italy where he came from?”

In May, this year, Otumfuo had the occasion to declare illegal mining “unsustainable unacceptable, and must be stopped”. In a keynote address to commence the Ashanti Regional Dialogue on Small-Scale Mining at KNUST Great Hall, he stated that 30% of the audience could be identified as being involved in galamsey. “As a chief, if you give out your lands to be used for galamsey, what kind of chief are you?”. He noted that the report on galamsey in Amansie and Fomena had reached him and were under investigation, and added: “If we don't speak the truth, we will keep deceiving ourselves with countless dialogues to no avail”. In his position, he drew the government's attention that “It will be most prudent when traditional authorities are consulted before licences are given out.”

Those who are questioning the place of chieftaincy in Ghana and call it “a relic of history” may consult S.A, Brobbey's book: “Chieftaincy and Chief in Ghana,” where it is stated: “Under the British system, no effort was made to abolish the indigenous institutions … Article 270 guarantees chieftaincy and traditional institutions which were in existence before the promulgation of the Constitution. It takes away the power of the government or Parliament to control a chief or reduce the dignity or honor of chiefs” see also at the Chieftaincy Act 2008.

In Nsiah vs Ageyaw II (1994-1995) GBR 583 CA the court held that once a person becomes a chief his private lives become submerged in the general will of his people; the custom of his people prevail over his private life. The chief is accorded the requisite reverence.

An Asanteni-qua-Asanteni will hesitate before chastising his chief in public. Nananom constitute the conscience of their people. There is a Twi proverb: “Yɛsoma oba nyansafo; ɛnny3 anamɔn-tenten” (we send a sensible man on an errand, and not the person who has a wide walking pace).

Hon. Mireku Duker throws a challenge: “We must all come together and declare that never again are we going to allow people to mine in our river bodies … it won't be an easy battle but we can win…”

Odike is advised not to listen to the voices of the few vociferous anti-establishments who only seek to gain popularity through conflicts.

No one worth his salt, will allow such utterances as will provoke insurgency to hold sway; no, not in our part of Ghana. The example of Liberia, Sierra Leone and Rwanda, are there for all to feast on. Dictum sapient sat est (A word to the wise is sufficient) Pax tecum (Peace be on you).