How Turkish voters are beating press clampdown before polls 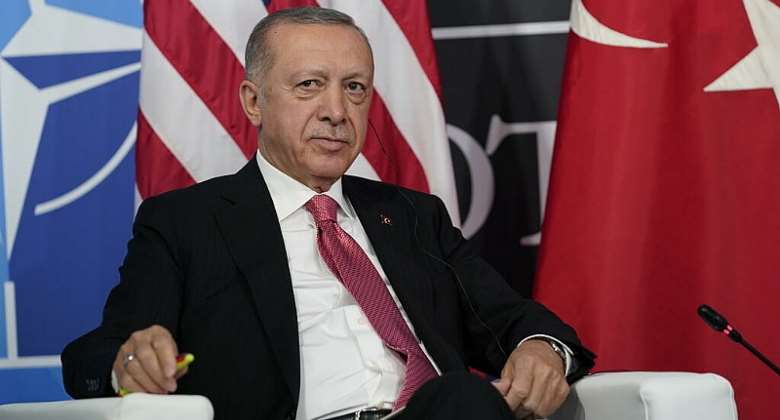 A game of cat and mouse between Turkish internet users and the authorities in Ankara is intensifying ahead of looming polls. According to rights groups, Turkey ranks among the world's worst for press freedom. But years of censorship and control are creating a population increasingly adept at bypassing such restrictions.

Every day, Ali Ergin Demirhan, the editor of the news website sendika.org goes through a thick file of outstanding court orders and attempts at blocking his sites.

Engaged since 2015 in legal battles, he's not surprised that the country's media regulator has blocked access to the websites of Deutsche Welle and Voice of America's Turkish Service.

"This censorship, especially on the internet, increased in Turkey in the 2010s," said Demirihan, "2015 was a turning point; access to our internet site sendika.org was blocked for the first time, along with 107 other websites."

RTUK, Turkey's media regulator, obtained a court order blocking access to DW and VOA Turkish in late June. The two international broadcasters had refused to comply with the regulator's request to apply for a license. Turkey ranks with China and Iran for banning sites.

"For the past 15 years, the government has introduced 18 changes to the internet law," explains Fusun Nebil, a technology consultant.

"All these changes were attempts to ban or close sites because previous efforts had failed. Turkish people have learned how to avoid these bans. Not only the young but also older people are becoming increasingly sophisticated at circumventing bans, such as using web proxies," added Nebil.

Other tools to get around restrictions include the Tor browser, which protects a user's identity and location. And Virtual private networks, or VPNs, create a secure private connection between a computer and the internet to get around government blocks.

With a VPN it's very easy; claims Atilla Yesilada, a political analyst at GlobalSource Partners, a geopolitical research company.

"For a while, right after the coup attempt, the government tried to ban all VPNs, and that ban is still formally in effect. But VPN is not only for people who want to access different information but for businesses. So the ban is not strictly enforced. There are dozens of VPN companies one can easily access. I pay $4 a month," continued Yesilada.

DW and VOA Turkish are still available on Twitter and YouTube. Social media platforms are increasingly vital for circumventing bans, and simple tricks are used, like minor changes to domain names, such as adding a number, a method employed by VOA.

Turkish web users and providers are engaged in a cat and mouse game with the authorities. A game which, for now, the government appears to be losing. "There will always be a way around it," said Yaman Akdeniz is, a cyber expert and co-founder of Turkey's Freedom Expression society.

Turkey's media regulator says access to VOA and DW will be restored if they get licenses. But both broadcasters say this could allow the Turkish government to censor content. Such fears are well-founded, says Demirhan of sendika. With presidential and parliamentary elections due by next June and the government trailing far behind in the polls, Demirhan says the crackdown is increasing.

We have been blocked 64 times, that's a record, says Demirhan. "They select certain journalists and media outlets on the basis that they are disseminating information that the government doesn't want, and they get punished and blocked," he added.

The US and Germany have condemned the blocking of broadcasters. But Ankara insists the rule of law is essential in a democracy.

This diplomatic row is one that many in Turkey can still follow on DW and VOA, thanks to cleverly sidestepping the government ban.