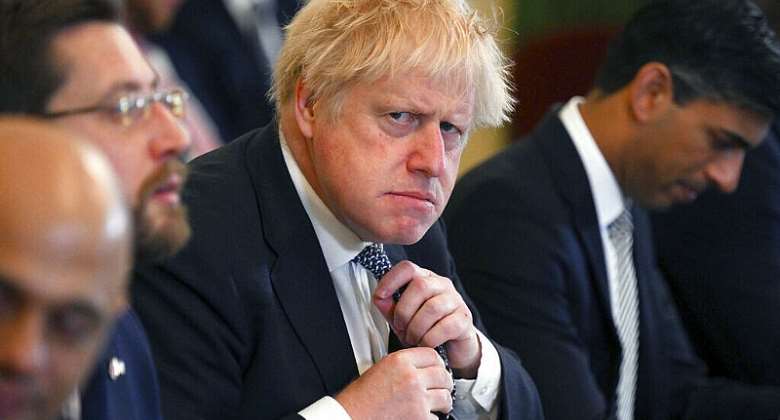 While the French daily newspapers continue to sift through the debris in the wake of the announcement of the second Elisabeth Borne cabinet, there is a sense of blessed relief as the same papers report on the intestinal disorders of London's ruling Conservatives.

"So far," says Le Monde, "Boris Johnson has seemed capable of surviving any number of scandals." Will the lastest, in which the prime minister is accused of lying to protect an MP, prove his downfall, wonders the centrist daily.

"Johnson is struggling to survive," says Le Monde. "Every day could be his last."

"Johnson has lost the confidence of his party and the country," thunders The Times, with a thought-provoking inversion of political values: the party first, then the country.

On its analysis pages, the once-admirable London paper says "forget about governing the country. The priority is survival."

"Johnson on the brink over ministerial resignations" is how the French press agency AFP summarises the situation.

"Losing chancellors is something that happens," Rees-Mogg says, with proper public school calm. He might do well to remember that Margaret Thatcher, a far tougher cookie than BoJo, was ultimately felled by a cabinet revolt by top allies.

Right-wing Le Figaro says Downing Street was hit by a double bomb-blast, in reference to the resignations of two senior ministers.

"It is clear," writes Rishi Sunak in his letter of resignation, reproduced in Le Figaro, "that the public rightly expect government to be conducted properly, competently and seriously."

What is less clear is what Sunak has been thinking of over the past few scandal-ridden months.

With wonderful aplomb, Sunak ends his letter to the man he has just knifed in the kidneys with the expression "Kind regards". Sajid Javid closes his killer missive with "Yours ever". If they didn't exist, we'd have had to invent them.

Left-leaning Libération tops the story with a single English word: "Out".

But the big duffer with the worst hair in world politics has survived so far and is not gone yet. He says he's staying. He may be right.