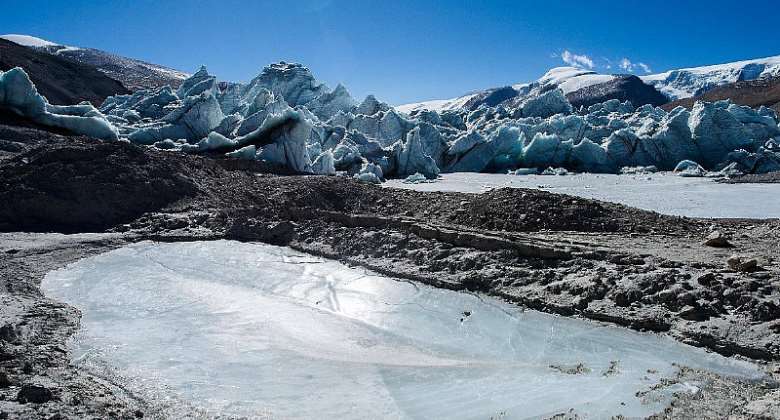 A team of researchers at the Chinese Academy of Sciences has found nearly 1,000 species of bacteria in snow and ice samples collected from Tibetan glaciers.

In their paper published in the journal Nature Biotechnology, the group describes collecting and studying the bacteria and their concerns about the spread of disease as the glaciers melt.

The problem with such bacteria and viruses is that they could be infectious to animals and humans. As the snow and ice melts, they could travel with the water into rivers and streams into populated areas.

And perhaps an even bigger problem could be that modern plants and animals, including humans, lack immunity to the older microbes, which suggests they could be deadly and difficult to treat.

Thus, they present the possibility of starting local epidemics and possibly pandemics.

More from Science & Environment
ModernGhana Links
Atewa Forest is a ‘no go area’ for mining — A Rocha Ghana warns GIADEC
Humanity uses up full year's global resources by July, now living on credit
How fishers & fishmongers are battling for survival on the frontier of climate change in Ghana
TOP STORIES