Addai-Nimoh Did Not Level Up with Ghanaian Voters 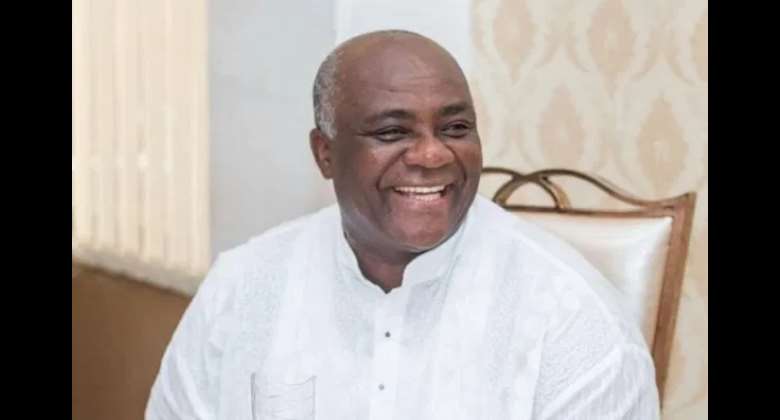 My first takeaway from the interview that Mr. Francis Addai-Nimoh, the staunch John Agyekum-Kufuor partisan and former New Patriotic Party (NPP) Member of Parliament for the Asante-Mampong Constituency, in the Asante Region, recently granted Angel FM, Accra 102.9’s DJ Ohemaa Woyeje, is that Mr. Addai-Nimoh cannot be trusted to successfully lead the party into the 2024 Presidential Election. And my reason for saying this is very simple – and it is that Mr. Francis Addai-Nimoh is a flat-out unabashed liar. You see, I vividly recall this self-described son of a police officer flatly rejecting the offer of an executive position by a newly elected, first-term President Addo Dankwa Akufo-Addo. And yet, when the 2024 NPP Presidential-Election Primary Aspirant appeared at the aforementioned radio station and on a talk show titled “Y’Adwumanie” (This is Our Work or Performance Record), the Asante-Mampong native bitterly claimed that he had been deliberately ignored and conspicuously sidelined by Nana Akufo-Addo vis-à-vis the President’s distribution of political portfolios and appointments (See “[Video] NPP Can Break the 8 with a New Face, Not Bawumia – Addai-Nimo[sic]” Modernghana.com 6/29/22),

As well, as I vividly recall, in flatly and disdainfully rejecting the aforesaid offer of a non-cabinet executive portfolio in the first Akufo-Addo government, Mr. Addai-Nimoh imperiously suggested that the process or procedure by which the post or portfolio was being offered to him was egregiously improper. I also vividly remember this because not very long after this very public and flagrant rejection of the aforesaid post from Nana Akufo-Addo, Dr. Richard Amoako-Baah, the vociferous History Professor at the Kwame Nkrumah University of Science and Technology (KNUST), Kumasi, followed the exact same script and playbook tactic or strategy to equally flatly and very publicly reject a position that had been offered him by Jubilee House. It was almost as if Nana Akufo-Addo was being roundly or severely boycotted for having decisively beaten the pet electoral favorite of the Kufuor-Mpiani-Kyerematen Faction among the vanguard ranks of the New Patriotic Party. It was also clear that there was an unmistakable Asante-Mafia Conspiracy to ensure that Nana Akufo-Addo’s first presidential term did not succeed.

Anyway, as fate or luck would have it, Nana Akufo-Addo would perform so inimitably well that he would be handily returned to the Presidency, the second time around, by more than a half-million votes, that is, 500,000 of the counted and declared legitimate ballots, a feat that, we are reliably informed, no other second-term Fourth Republican Presidential Candidate had achieved in prior elections. The overriding objective here clearly appeared to be a withering sandbagging attempt to embarrass and irredeemably obliterate the former Agyekum-Kufuor cabinet appointee who, as Attorney-General and Minister of Justice, single-handedly, inimitably and auspiciously crafted the landmark Repeal of the Criminal Libel Law, which marked the inception of unfettered free speech for the first time in postcolonial Ghana since the imposition of British colonial rule in the second-half of the nineteenth century, whereby native Ghanaian citizens and Africans, both ordinary and distinguished, who dared to voice out any critical or dissenting opinions from the mainstream or mainline of the prevailing powers could be immediately arrested and incarcerated without trial for an indefinite temporal span.

As well, contrary to what the likes of Mr. Addai-Nimoh would have the 200,000, or so, New Patriotic Party Presidential-Primary Delegates believe, how successfully the NPP fares in the 2024 Presidential Election would be squarely predicated on the palpable or forensically demonstrable record of achievements of this two-term Akufo-Addo/Bawumia-led government of the New Patriotic Party, and not merely the dressing up and the parading of what Mr. Addai-Nimoh claims to be or represent “new faces.” You see, Ghanaians have come too far along into our fiercely fought and hard-won robust and performance-oriented democratic political culture to be facilely or readily fooled by the mere appearance of “new faces” on the topmost tickets of both major political party establishments in the country. And would-be-candidate Addai-Nimoh had better wake up and smell the proverbial coffee. As well, his rather infantile and contemptible attempt to trivialize the criticality of the “Northern Factor” in the 2024 Presidential Election ought to tell any studious observer of Ghana’s Fourth Republican electoral terrain that Mr. Addai-Nimoh is scandalously out of touch with the real and true political temperature on the ground.

You see, merely having attended “Navass,” that is, the Navrongo Secondary School, as the non-native son of a transferred police officer for a couple of years, or even a half-decade, does not a bona fide or an authentic northern-descended Ghanaian make. Such posture actually insults the intelligence of the northern-descended members of the New Patriotic Party. And it is only the shameless deployment of such an ideologically and philosophically unenlightened strategy that would make Mr. Addai-Nimoh cavalierly and condescendingly presume to count the “Bawumia Factor” out of the equation, as it were, going into the 2024 Presidential Election. Ethnic Supremacy, regardless of how suavely it is gussied up and deployed by the megalomaniacal and narcissistic likes of Messrs. Addai-Nimoh, Alan Kyerematen and Kwadwo Mpiani, to name just a few, is not apt to succeed or fly this second time around.