Doctors are leaving the country, improve our salaries – Issahaku to gov’t 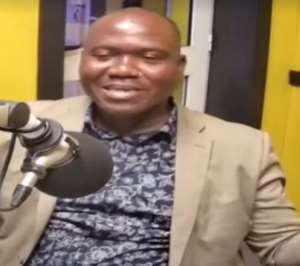 The Executive Director for the Ghana Federation of Allied Professions, Dr Shiraz Issahaku has bemoaned the alarming rate at which doctors and health professionals are travelling out of the country for better pay jobs.

He revealed that there are some health facilities in the country which are virtually empty because doctors have left for the western and Arab world.

According to him, over “280 allied health professionals left Ghana for other countries in April alone”, a situation which he says is creating a severe brain drain.

“We work more than any health professionals which you can think of, we go to work for more than 8 to 10 hours, (however) in the western world, there are rules and regulations and things are much more flexible.”

He continued that: “As I said, sometime back we are actually being forced to do what we cannot do. You cannot tell me that my minimum wage is 100 Ghana cedis when in reality there are people who are supposed to ensure that this is implemented and then they are forced not to implement it by any other politician who says we cannot pay this because the money is not available.”

Dr Issahaku therefore called for a recognition of the severity of the situation and the subsequent implementation of swift measures by policy makers to mitigate the situation.

This concern was first raised by the General Secretary of the Ghana Medical Association, Dr Titus Beyuo who revealed that the country’s medical field is in serious trouble since majority of its nurses and medical doctors are moving out for greener pastures.

Meanwhile, Chairman of the Ghana Medical and Dental Council, Prof. Paul Kwame Nyame has debunked this assertion saying the country has enough doctors to cater for the health needs of its citizens.

He however admitted that there has been some exodus of professionals in view of good opportunities outside occasioned by the shortage of doctors in the Western countries.