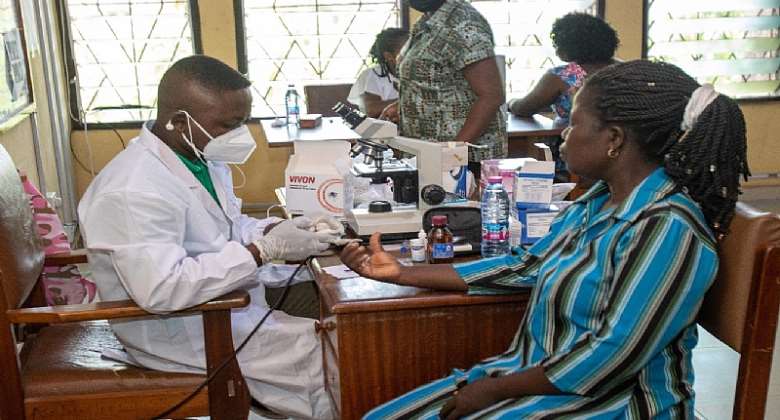 ASA Savings and Loans Limited on Wednesday, May 18, 2022, organised a health screening exercise for its customers of Sekondi Business centre in the Western Region of Ghana.

According to the Head of the Medical Team, DR. Helena Gaisie, the most occurring diseases after the screening were Malaria and Blood Pressure.

The customers who were having such problems, especially High Blood Pressure were counseled on the disease and advised on what they can do to stop or minimize its effect.

They were counseled to cut down on eating too much sugar, salt, and drinking Alcohol. They were also advised to do exercises, eat a good diet and consume plenty of water while adding enough rest.

At the end of the screening, the Area Manager for the company, Mr. Samuel Odoom said there was a need for the Health Screening as it forms part of the company’s Corporate Social Responsibilities.

He added that the gesture is to help the needy as has been done by the company in the past. He urged the private sector to make a conscious effort to meet the needs rather than the wants of their stakeholders through CSR.

He emphasizes that there are more things the company has planned to do as its CSRs.

Speaking to the media, the customers that benefited from the free medical health screening expressed appreciation to ASA Savings and Loans Limited for the great initiative, emphasising that it has helped them know the health issues bothering them.

They gave the assurance that they will take the advice of the medical personnel by making their health a priority.