Kremlin warns bid to join NATO by Finland, Sweden will not improve security

By Jan van der Made with RFI
Russia 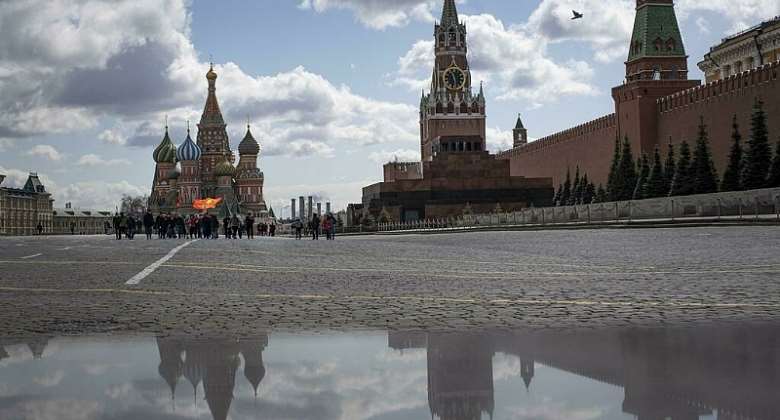 The Kremlin said Monday that the decisions by Finland and Sweden to join the NATO military alliance will not improve security in Europe. Meanwhile, Moscow held a meeting of the six-country Collective Security Treaty Organisation.

President Vladimir Putin said Monday that, while Russia does not see Finland's and Sweden's decisions to join NATO as a threat, any deployment of military infrastructure to those countries could trigger a response from Moscow.

The expansion of NATO to Sweden and Finland poses "no direct threat for us, but the expansion of military infrastructure to these territories will certainly provoke our response," Putin said during a televised summit meeting of the Collective Security Treaty Organisation (CSTO).

Kremlin spokesman Dmitry Peskov added that "we are not convinced that Finland and Sweden joining NATO will somehow strengthen or improve the security architecture on our continent.

"This is a serious issue, an issue that raises our concern, and we will follow very carefully what will be the consequences of this accession of Finland and Sweden to NATO in a practical sense in terms of our security, which must be ensured in an absolutely unconditional manner," he said.

Earlier on Monday, Moscow had reacted more angrily to announcements from Finland and Sweden that they are interested in joining NATO because Russia now poses a “direct threat” to their security.

Finland announced its intention to join NATO on Sunday as Sweden's ruling party said it backed membership, paving the way for a joint application.

The Kremlin-hosted CSTO meeeting at which Putin was speaking, is a cooperation between Russia, Armenia, Belarus, Kazakhstan, Kyrgyzstan and Tajikistan.

According to the Kremlin website, the organisation's objectives are “strengthening peace, international and regional security and stability, and the collective protection of freedom, territorial integrity, and sovereignty of its member-states.” The official reason for the meeting is the 30th anniversary of the treaty, signed on 15 May 1992 in Uzbekistan's capital Tashkent.

Armies of the six member states engage in collective exercises.

On 9 February – a fortnight before Russia invaded Ukraine - Tass News Agency quoted Deputy Foreign Minister Alexander Pankin as saying that NATO “lacked willingness to recognise CTSO as an equal partner,” adding that "It's probably time for our Western partners to think, too, that this is not a toy, but a real organisation, politico-military, defensive, multifunctional, keeping an eye on what's going on, catching changes."

Critics point out that the CTSO lacks stamina. Kommersant journalist Kirill Krivosheev, writing for the website of the Carnegie Endowment for International Peace, says that when Azerbaidjan attacked the Armenia-occupied Nagorno-Karabach enclave in 2021, Armenians were shocked to learn that the CTSO did not intervene.

They had hoped that the Azeri attack would have triggered CTSO's "Article 4" - which stipulates that an attack on one member state is an attack on all. But the CTSO argued that Nagorno-Karabach is officially on Azeri territory and did not lift a finger.

Plans to send CTSO peacekeepers to eastern Ukraine also came to nothing as peace talks ended in stalemate. With the latest meeting, Putin seems to signal that he is still interested in revamping "Russia's NATO," but it is unclear if he will ask member states to provide troops for his "military operation" in Ukraine.

NATO allies are staging a series of "long-planned military exercises stretching from the High North to the Balkans," according to the official website of the alliance.

“Exercises like these show that NATO stands strong and ready to protect our nations and defend against any threat,” according to NATO spokesperson Oana Lungescu.

“These are regular exercises, planned well before Russia's brutal and unjustified invasion of Ukraine, but they help to remove any room for miscalculation or misunderstanding about our resolve to protect and defend every inch of Allied territory," she said

Hottest Photo Reports
Catch up with all the political quotes from our politicians.
Advertise here
More from Russia
ModernGhana Links
US warns of jihadists and Russian forces as Africa war games end
French tyre group Michelin to halt business in Russia
'Russia cannot and must not win this war,' Macron tells G7 leaders
TOP STORIES