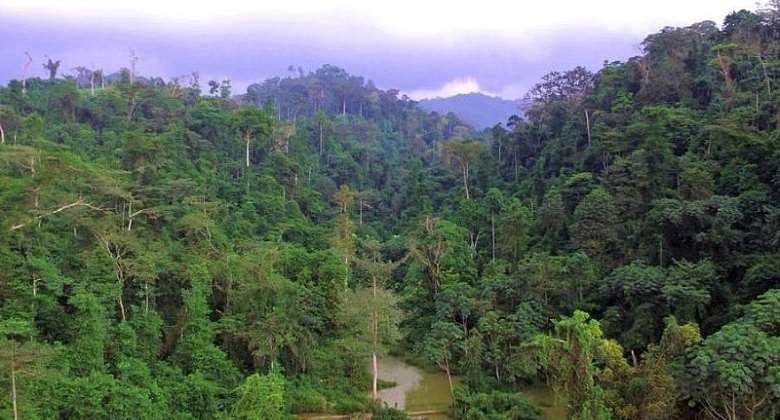 Management of the Offinso District Forest has initiated moves to ensure that a projected 500,000 seedlings earmarked for planting within the district as part of the greening Ghana for this year is achieved.

Aside this target, the district has also put in measures to plant about 600 hectares of trees under the modified tonja system as well as 200 hectares under the YEA program for the year.

All seedlings of different species are ready in the district as some individuals and organizations are moving in for the seedlings for planting even before the stipulated date of June 10.

This was disclosed to journalists in an interaction with the Offinso Forest District Manager Mr Kobina Baiden at Offinso in the Ashanti region .

Mr Baiden mentioned that his outfits is targeting institutions such as schools, churches, and mosques and YEA among others to achieve this target. He said the office is also in touch with Cocoa Board to give them some indigenous trees for planting.

Some of the reserves where massive planting would be done include Asubima, Opro river among others.

Mr Baiden was optimistic of meeting the said target looking at the enthusiasm of the people to take part in the exercise even before the June 10 date.