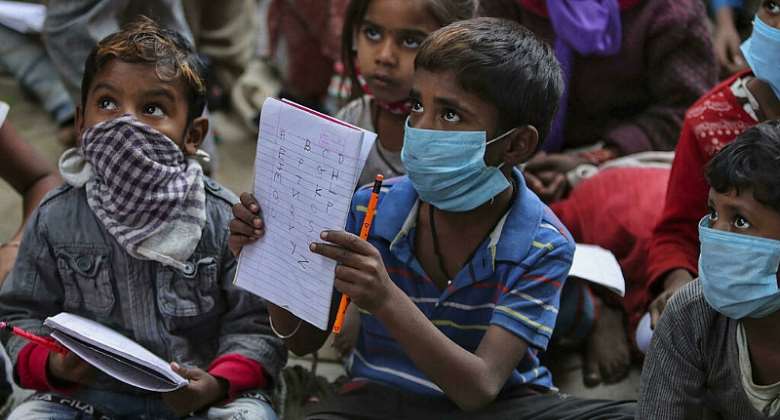 India has approved Covid vaccines for children aged between 5 and 12 years of age following calls from experts, schools and parents to speed up the health drive that has seen millions of teens inoculated since January.

The national drug regulator in India has approved US-origin Corvevax and Covaxin – indigenously developed shots – for the renewed inoculation program and says the government will soon give the final clearance to jab the very youngest.

India, the second worst-hit nation globally after the United States, turned to the children as it reported nearly 3,000 new infections on Wednesday, the highest single-day jump since 13 March when cases began to rise after an 11-week lull.

The official case tally has crossed 43 million, with 523,654 Covid-linked deaths. Some experts suspect the actual numbers could be higher.

“Schools have reopened and classes resumed in a situation where cases are rising, concerns among parents are growing.

“We are also receiving information of infections among children in some schools,” Modi said.

“But it is a matter of satisfaction that more and more children are being vaccinated,” he said and referred to Tuesday's green flag to vaccinate 5-12 year-olds.

“It is our priority to inoculate children without any delay.”

India has the world's largest adolescent population at 253 million, and every fifth person is between 10 and 19, according to a Unicef data board.

On 16 March, the authorities began vaccinating children between 12 and 14-years-old as part of the phased programme of the national health drive that rolled out in January 2021 to inoculate India's 1.4 billion people.

Modi also asserted that 96 percent of India's 944 million adults have received at least one dose of an anti-Covid vaccine. He gave no break-down of figures for the number of children protected so far from coronavirus.

But the prime minister urged state leaders to scale up their healthcare services.

“We are in a better situation (now) but we must ensure that these medical services remain functional,” Modi added.

The two-year “Covid holiday” has led to demands to inoculate children back in classrooms but health experts such as Om Srivastava from a Covid task force say vaccine hesitancy in pockets of India was a matter of concern.

“There is hesitancy and there are apprehensions because once you get your understanding and training from Google then everything becomes ready knowledge,” Srivastava told local media on Wednesday.

“That WhatsApp information is actually harming the total merits of the vaccine program in our country,” added the expert from the Maharashtra state task force.

"Shouldn't we seek all information before exposing our kids to the needle?” asked Reena Sarkar, a Kolkata parent.