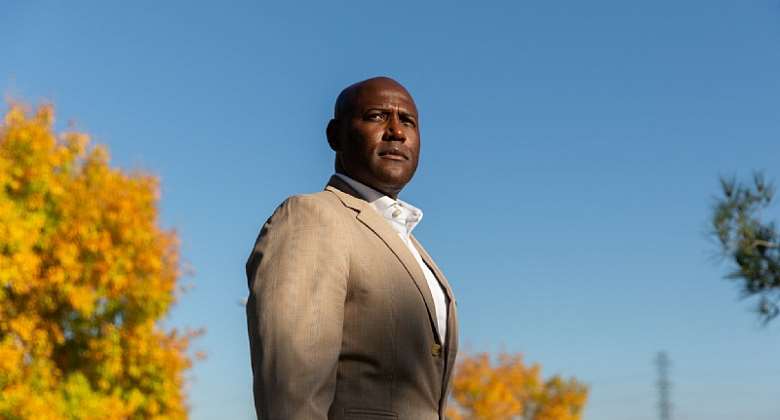 Quaye Quartey is the grandson of Rev. Prophet James Nii Kpakpa Quartey, founder of Quartey Memorial Secondary School in Accra, Ghana. Quaye has followed his grandfather’s footsteps and has dedicated his life to public service - first as an intelligence officer in the U.S. Navy, and subsequently as a small-business owner dedicated to supporting other businesses in his community.

Like many second-generation Ghanaian Americans, Quaye’s father, Joseph Nii Kpakpa Quartey, immigrated from Ghana to the United States in the 1970s to earn a college degree and ultimately worked as a chemist for Chevron. Quaye’s parents raised him to have a strong work ethic, value teamwork, and give back to their community. A product of California schools, Quaye excelled on and off the field. He earned a spot at the U.S. Naval Academy, where he played varsity football and ran track. Upon graduation, Quaye served in combat in Kosovo and Iraq as an intelligence officer in the U.S. Navy while supporting counterterrorism and cyberwarfare operations. Quaye spearheaded intelligence operations on five continents before serving as a military diplomat in France, and then Central Africa, where he commanded special forces to combat ISIS-inspired terrorists and protect American interests abroad. Quaye honorably retired from two decades of active-duty military service at the rank of Commander. He returned home to California and graduated from Stanford University’s Graduate School of Business. Combining his military experience with his passion for giving back, Quaye started a small business whose mission is to grow other small businesses that serve working families in their communities.

We believe that Quaye is an exemplary representation of the values every American aspires to embody and will be a critical voice in the United States Congress of the very real sacrifices so many of us living in this country have made to fight for and achieve the American dream.

"As a proud first-generation Ghanaian American, the support of the Ghanaian community means a great deal to me. A Ghanaian American has never served in the halls of Congress, and I'm honored for the opportunity to make history. I look forward to working closely with Ghana Diaspora PAC to bring new leadership and representation to Congress from California's 27th District, and to inspire the next generation of African-Americans to run for office."