Boycotting Mobile Phones Networks In Ghana? My Views on a Desperate Nation: 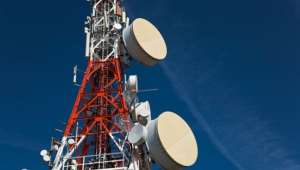 It has been quite obvious in the last several years that our Government of Ghana and the people are getting more and more desperate.

A Press and Media release dated Jan.13, 2022 and signed by some notable people in Ghana including Franklin Cudjoe of IMANI and Law Prof. Raymond Atuguba and other prominent persons, came to my attention today, Feb.5, on a different forum that has nothing to do with politics but actually Automobiles!

The public discussion and talk about the current Ghana Government having squandered or mismanaged so much money, and borrowed some estimated 70-80% of the nations GDP, more than the rest of all previous government in the post-Independence era, should not go unnoticed!! Desperation is setting in! Government has squandered all the money! This is being discussed on even forums meant for Automobiles.

So why is this important?

In recent years it appears the way for massive financial gains by politicians in power has been forcing all adults in the estimated 32 million inhabitants of Ghana to undergo some forced exercises! The costs of these exercises are in the hundreds of millions of dollars! Nobody discloses the breakdown accounting. Recent studies by the Center for Democratic Development (CDD) indicates that it takes $100 million for a Party to contest in every Elections!

How the heck do these people raise that money save through a delicate balance of financial wizardry in contracts and projects! The net effect is a drain on the Economy, shortage of capital, high inflation rate and high interest rates, leading to low Business output and high graduate unemployment.

The Era of Desperation:

The above does not look good for any nation. Some of us recall the 1980s desperation Accounting and financial policies where the PNDC drove businesses to close and imposed heavy import duties and taxes at the ports. Dr. Kwesi Botchwey called one a Supersales Tax of 500% duties on vehicles with engine capacity of 2500cc. Those who were not able to pay had their vehicles seized by Government.

The wine of Socialism must be sweet indeed! Some of our own contemporaries argued that “some were living bourgeoisie lives and taking food away from that of the poor”. Today the pendulum seems to have swung to the other side so much that there is no lower limit to taxation and e-levy will tax the poor and the rich alike, while the rich hides their wealth and Government executives fly overseas for their health care.

In my life in Engineering and Financial services I have found that most people don’t understand the business of life. Our economists should examine Ghana in the last 35 - 40 years and tell us if employment rate and inflation and our economy are any better today. The cedi exchange rate, if we are to use Dr. Bawumia’s yardstick, was 2.7 to $1 in 1981 just before the coup, and today is 60,000 cedis to $1.

The Right to Self Dignity and Growth:

Humans have a right to self-dignity. When this atmosphere is provided, people bloom like flowers. Anybody who doubts this hypothesis should observe Ghanaians when they arrive in America and give them only 10 years.

For a nation also, you cannot attract investment capital and grow businesses if you disrespect business people as well as your own citizens, sometimes giving consideration to even foreigners who pay bribes! No! This should change.

The idea of demanding and hence forcing people to be in long lines for hours in the tropical sun, in this Covid-19 Pandemic era, to re-register SIM cards, simply seems awkward and implies absolute lack of respect and human empathy. Creativity in finding solutions also seems short.

It occurred to me how totally ill-advised and unplanned this phone SIM Re-registration exercise was. However, not being in Ghana at the time I did not want to comment. I am glad some of my junior friends have taken the lead to stand up against the oppressive government policies often done without consideration of peoples’ welfare!

The Rights of Businesses and Citizens:

It is absolutely the biggest insult on phone customers, in private business transactions, forcing customers to be in line again, all across Ghana, to provide their fingerprint when common logic fails. If it’s the ID number the Telcos need, why not create a simple website allowing cell phone customers to enter and add their GhanaCard number? Does that not make more sense? Or people cannot be trusted with their own cell phone numbers?

Some policies make no sense save possibly somebody stands to gain from the suffering of others. Corporations and Government should respect peoples’ time and welfare, especially in this era of Covid-19 pandemic.

Dictatorship seems easy for any leader. Democratic practices demand consideration of others. Ghana has been pretending to be a democratic nation while behaving like a Communist Nation with all executive powers to one man to elect as many Ministers as he pleases, as well as Judges, Cabinet Ministers, Agency Heads and even Towns and District Chief Executives.

That was the era of Jerry Rawlings and his colleagues who felt Ghanaians did not even have the maturity to elect their own district and town chief executives and Town Councils.

Forcing people to do something, and then change and do force them to do something else every few years is how despotism works. It takes all human dignity out. Pardoning the first 9 years after Independence, do our leadership ever consult with the people in such cases?

Does Ghana not have the capacity to conduct opinion polls? Can leadership sense the pulse of the population?

Our NDC and NPP Governments have wasted massive amounts of resources on exercises like:

- BIOMETRIC VOTER REGISTRATION. Then this

Each of these demanded costs of more than $50 million for Government and on individual levels perhaps $100 million cumulative for adults to line up for hours in the sun like sebe sebe sheep or goats lined up for the slaughter!

What are the Benefits of Digitization?

Is technology and digitization not supposed to simplify our lives? Today in Ghana nobody can renew a Passport without being present to show “Biometric data”.

The Ghana Embassy in Washington DC has made it almost impossible to apply directly for a Visa or renew Passport unless one passes through an outside agency and pay additional $250-$300. Who knows who owns those companies and if any kickbacks goes to the Embassy or a Minister’s accounts! Oh

If this Biometric data was that critical in managing our lives in the modern day how come people in California where most of these high technology ideas and changes emanate, and the rest of America, are not jumping up and down about using Biometric data to do everything, as Ghanaians are being told to do and be part of the digital age! Our people are being dragged like sebe sebe sheep and goats without guarantee of accuracy or self dignity.

If it’s about crimes, can Ghana claim to have more crimes than America? Why demand changing IDs every few years?

Looking at the Future:

Ghanaian in power must learn to have human empathy and respect for their people or else we all can predict doom! I can never forget four years ago, at the age of 71 at the time, I had to stand in line for 4 hours and stand waiting with no place to sit down, with my Assistant and a Medical Doctor friend of MP Atta Akyea. We had an appointment to see the Minister on some Housing issues that I had some expertise and business plan. We waited for me to make the Presentation to him, but he was not interested! His sign of disrespect telling his friend to get me out of his office never left my mind all because I said The truth that Ghana was not doing well in Housing. Never again! I said to myself! Never will I accept such humiliation from another human being!

Our beloved Ghana is suffering indeed due to the arrogance and greed of a few who came to power by the gun and later those who won power through seductive pretenses and later turn out to be nothing short of arrogant and pompous public thieves! If I am wrong, why are the Auditor General’s reports never followed up and people prosecuted? What happened to the 57,000 Ghost names on the public payroll?

It is time we cut out the pretense for technology leapfrogging. Point is that technology of fingerprinting is not 100% guarantee of a crime-free nation. No! And even if it was, there is no guarantee it will dominate the next 100 years! In fact some studies have suggested blacks have a higher error rate in the Facial recognition technology. So do these Economists claim to know more than some of our colleagues who work in and live with these everyday? Why pay $100 million for this?

What problems are we solving demanding that I Kwaku A. Danso at the age of 75, renewing my Ghana Passport cannot send a new picture and the fees and updated address if any, and have to be in a long line for 4 hours to do this? I did renew the passport of my adopted home country, the USA, last year; and it took not more than 45 minutes and a trip to the post office with my pictures and the fees.

The Final Lessons of Life:

Old age surely teaches lessons and sometimes it appears to me Ghanaians educated in Western Economics and Accounting and even Computer Sciences think they know so much they forget the humans they are working for!

No! Some also do this for personal gain- simply buying some Israeli or Chinese technology for $50 million and adding another $50 million to put in their personal or Party funds! That is the opinion of most Ghanaians if anybody cares to survey.

Yes! Our educated people in power seem to have become crooks and scam artists and public thieves! It is a disgrace indeed asking people to change their identity every few years so a few can take contracts and can scheme to earn millions of dollars! THIEVES! That’s what they are!!

And please I’d be glad to debate any of our colleagues and juniors in Government about the right and ethical ways of societal management and leadership.

In conclusion- I say Boycotting mobile phone usage is a very drastic and desperate measure and demonstration! Both sides lose! However I feel the pain of our colleagues on the ground in Ghana.

For the rest of my life on this earth I wish common sense and decency will reign in our country. I pray Nana Akufo Addo and his NPP Parliament will not place impediment on the move to amend the 1992 Constitution and decentralize the one-man powers as a defect in that 1992 document! Our democratic constitution is not perfect enough until we amend it.