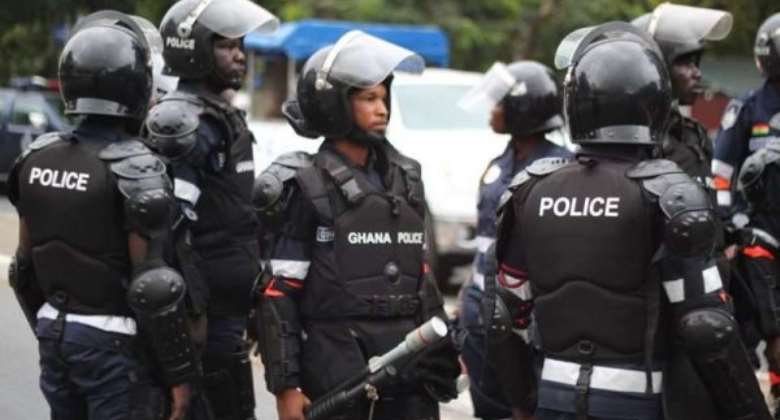 There was heavy security presence in Parliament on Tuesday as the House resumed sittings after a month's break amid confusion over the passage of the Electronic Transaction Bill.

Policemen were stationed at vantage points from the main gate ensuring law and order as members of "Justice 4 Ghana" picketed the House.

The Group, led by Mr. Bernard Mornah, the former Chairman of the People's National Convention (PNC), was unhappy the Police denied them access to premises of the House though they had informed them (the Police) of their protest.

The Group, in a statement on January 18, 2022, said the protest would continue until “the vote on the E-levy Bill is completed.”

Though the Finance Ministry had hinted of re-introducing the bill, business for the day excluded deliberations on the E-levy.

Parliament resumed on Tuesday, January 25, 2022, for the second session of the Eighth Parliament of the fourth Republic of Ghana.