The Recent Clashes In Mamoobi-Nima: The Gab Analysis 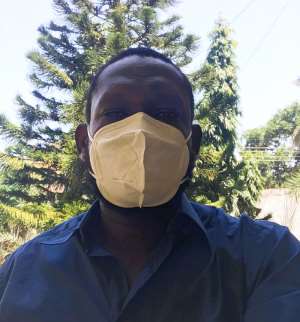 The reality is: Mamoobi-Nima is now more of a multi-cultured cosmopolitan heterogeneous scattered inhabited society with no head nor authority (charismatic and powerful outspoken respectable mouthpiece), it is rather entangled with enormous daily challenges of hustling to be economically engaged, surviving to fend and cater for the handful of mouths to feed daily, the enviable peaceful coexistence of people from all walks of life (the UN of Ghana Republic), place for the harnessing and nurturing of future aspirations (dreams) of the young and old, serving as the springboard to self-confidence and recognition of its inhabitants, fortifies the residents with daily mental and emotional empowerment to have guts for glories, inspiring the localities with the ability to dare take on the impossibility and make it highly possible.

These are but few traits and attributes cognizant of the Mamoobi-Nima I’m used to some 20+ years. I still envisage Mamoobi-Nima to walk past it old glories to be the beacon of hope and greatness to all inner cities and hoods of similar predicaments it’s faced with consistently. We will nip this also (recent negativities) in the bud and forge a new beginning of hope, mutual respect for all, recognition of collective progress and prosperity for our well-beings.

The Mamoobi-Nima we use to know is different and not the same. I dare say there is no leader nor religious figure to hold the communities with a moral and charismatic influence. It’s more of a difficult zone and society, than we anticipated and can even imagine. “It’s survival of the fittest” sort of character building, courage and boldness nurturing, and upholding of virtues of being just, fair and committed to truthfulness. It’s a free world for and on behalf of its inhabitants and commuters. It’s a place you typically will wish to have known once in your life!

Don’t want to go into the factors or issues that might be the remote and direct causes of the recent clashes in Mamoobi-Nima, however a wild thought cross my mind: can we possible directly or indirectly trace our mode of Dawah (preaching) nowadays to the worsening of our moral decadence in our societies especially amongst the youth?

I’ve observed now almost, young and experienced Sheikhs (Islamic scholars) alike do their usual preaching activities and other Islamic related routines mostly FOCUSED on the social media (streaming) dynamics (modern technological advancements)! Everything has its good and bad side.

The trend to ensure any activity goes online, I strongly believe I’ve vehemently denied the (our) focus on the immediate environment (locality, which can help address our issues as a community (society). We are desperate to take the message outside, meanwhile right within us the message has not sink nor stuck well.

Gone are the days when there was no social media (modern technological advancement), however, the level of acceptance and working with the message from the scanty scholars (but powerful) was overwhelmingly?

Is it that the earlier scholars understood their environment and drum it at a pace level for the messages to sink with their listeners, followers and the general Muslim front?

It is that, the earlier scholars had wider and larger acceptance and moral ground that they could stamp their authority and control with wisdom, intelligence and lot of common sense?

Is it that, the earlier scholars instilled virtues, morality, training, standards, excellent interpersonal relationships and cordiality that surmounted any tendency of vices, belligerence, revolution and excesses?

Is it that, the earlier scholars and elders understood the role of each unit and fiber of our society quite well: the Imam, Scholars, Chief’s, Opinion leaders, Family heads, the household, the individual family and others?

Is it that, the earlier scholars well understood that knowledge without action is fruitless? Because, their ability to put to action their knowledge before the claim to their knowledge is a self-explanatory of the direction they want to see their society advances to? Our haste (our generation) to spit our knowledge yet reluctant to practice our speech is agonizing and self-defeating?

Is it that the earlier scholars had unshakable iota of belief, trust, God consciousness, solitude and fortitude in their ultimate resolute pursuit of the hereafter?

Is it that, the earlier scholars knew the harm of parenthood and responsibilities thereof to be executed by parents that they were overly strict, stern and concern of their wards and the weight of trust to be accounted before their creator?

Is it that, the earlier scholars preached unity and tolerance with the core message of submission to the will of God Almighty devoid of associating partners what so ever to Him, to be generous, just and kind to all manner of people no matter their creed, race and affiliation?

Is it that, this and that is countless of the earlier scholars, but I’m impressed to ease my flow to allow some slowness to reaction as it’s equally important that we all think aloud and to work hard in our corner of aboard to shine the corner to inspire hope in the next future leaders of our beloved Communities.

The multi-cultural and diverse culture reality of life in Mamoobi-Nima is an interesting dimension I intend espousing at length sometime in the near future.

It’s not far from the truth that, any community where kiosks and make-up structures is rampant. Then expect a resounding vices and uncontrollable excesses to be abound.

Find a role and play, keep it out of the malice of the social media. Shine the corner you find yourself, once it shines well enough, it will sparkle the brightness of a transcending light for the beauty and awe of all. Haste not, keep it short and simple dear once.

Title: Writer is a Social Activists and Advocate, a Community Volunteer and a Concerned Patriotic Ghanaian.