Fuel prices go up by 10pesewas since beginning of 2022 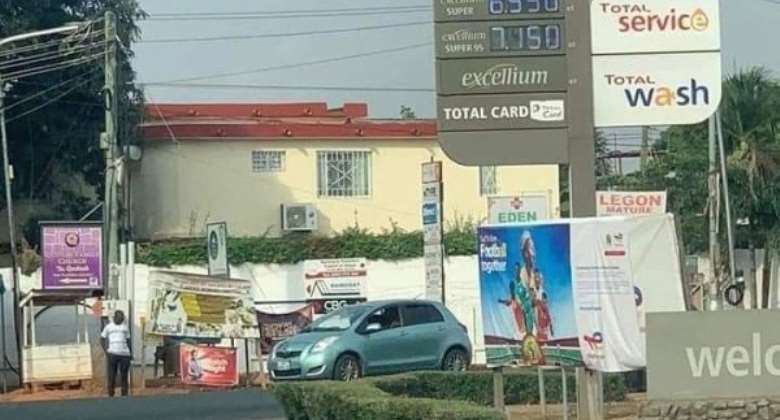 Fuel prices have gone up marginally by some ten pesewas per litre, representing about three per cent increment since the beginning of the year, 2022.

An assessment by the Ghana News Agency indicates that as of the morning of Monday, January 17, 2022, some Oil Marketing Companies (OMCs) had increased their prices for petrol from GHC6.8 per litre to GHC6.9 per litre, whereas diesel was sold for 7.0 per litre.

Other OMCs have, however, maintained their prices at the pumps, with some selling both petrol and diesel for as low as GHC6.3 per litre.

Before the beginning of the year, both petrol and diesel were trading at an average GHC6.7 per litre at the pumps.

Some analysts have projected that fuel prices may shoot up by as high as 3.7 pesewas per litre before the end of January, 2022, owing to the continuous rise in crude oil prices on the international market.

The Institute for Energy Security (IES) had projected that prices for petrol and diesel would go up by some 18 pesewas per litre in the first week of January, 2022.

In its review of the First Pricing-Window in January, the IES projected that fuel prices would go up between Ghp30 to Ghp40 per litre in the 2nd Pricing Window of January.

“The imminent price increases may force some OMCs to sell Gasoline and Gasoil at Gh¢7.00 per litre at the pumps for the first time,” it said in a statement last week.

The Chamber of Petroleum Consumers (COPEC) also projected that prices of petrol and diesel would go up by 3.7 per cent and 2.5 per cent respectively, in the 1st Pricing Window of January (1st to 16th January, 2022).

It said in nominal terms, ex-pump prices of petrol and diesel were expected to increase by 24 and 17 pesewas, respectively.

Fuel pricing in Ghana is deregulated, meaning prices on the international market directly affect prices at the local pumps.

As part of measures to lessen the burden on consumers, the Government has extended the suspension of the Price Stabilisation and Recovery Levy (PSRL) on petrol, diesel, and LPG to the end of January 2022.

The PSRL, which has been suspended since November, 2021, imposes a 16-pesewas-per litre levy on petrol, Ghp14 pesewas per litre on diesel, and GHp14 per kilogram on LPG.

Nkoranza youth court case: Police have proven that TV sets a...
33 minutes ago