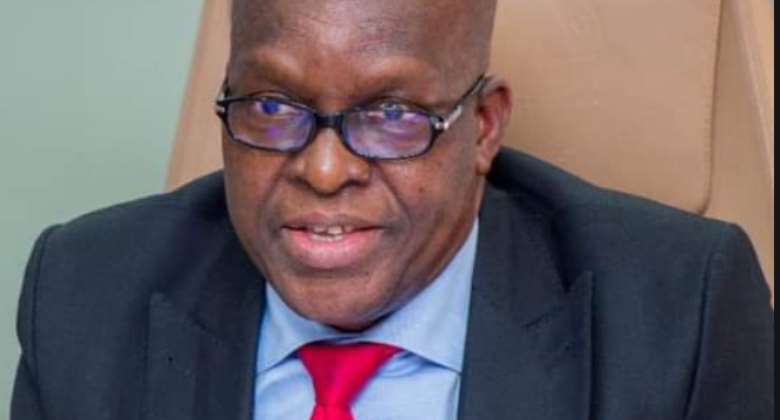 A Security Expert, Mr Richard Kumadoe has urged the Speaker of Parliament Alban Bgabin to get a private security for himself.

His comment follows the removal of the military detachment to the Speaker's office.

Mr Kumadoe said nothing stops the Speaker from acquiring his personal security if he wants to.

Reacting to concerns that the Mr Bagbin may have been exposed to threats following the withdrawal of the officers, while speaking on the News 36O on TV3 Saturday January 15, he said among other things that “nothing stops him from getting a private security firm to provide the security.”

The Ghana Armed Forces (GAF) had said that the four soldiers who have been withdrawn from Mr Bagbin were attached to the office without proper procedure.

This resulted in the decision to withdraw them while efforts are made to regularise their attachment, a statement said.

“The under-named military personnel were attached to the Office of the Rt Honourable Speaker of Parliament without the proper procedure,” the statement signed by the Chief of Staff of the Ghana Armed Forces, NP Andoh to the Speaker said.

“It is humbly requested that the personnel are withdrawn with effect from 14 January 2022 while efforts are made to regularise their attachment.”

The Minority in Parliament have however expressed shock at this development.

Member of Parliament for Banda and Deputy Minority Whip, Ahmed Ibrahim, claimed that the removal of the soldiers was on the orders of President Nana Addo Dankwa Akufo- Addo.

Also speaking on the News 360 on TV3 Saturday January 15, the Member on the Defence Committee said the news of the removal came at a shock to the Minority in Parliament.

“This came to us a great shock,” he said, adding that “this is the time we all need to come together to work on security.

“We are surprised as a minority to hear government withdrawing the military detachment of the speaker. The speaker is number three, even the EC chair is using about ten Military personnel. So if the Speaker duly requested for four and they have been on duty for over one year, the questions is what has changed? It raises security questions.”

He added “It is president Akufo-Addo who has withdrawn the military detachment, he is the Commander in Chief of the Armed Forces. The Minority will meet on Monday.”

‘Dormaahene’ promises NPP acre of land in Sunyani in honour ...
19 minutes ago