Group calls on C-in-C Akufo-Addo to reinstate Speaker Bagbin soldiers or else. . . 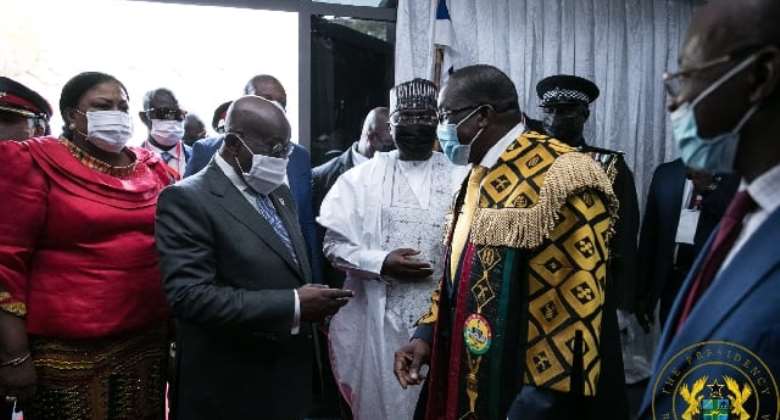 A group calling itself Crossfire Ghana is calling on President Nana Akufo-Addo in his capacity as Commander-in-Chief of the Ghana Armed Forces (GAF) to intervene in the security rumpus of Speaker Alban Sumana Kingsford Bagbin to avert the unexpected.

In a statement signed by Convener Nana Osei Tutu, the group expressed worry at the timing of the withdrawal of the military officers for the Office of the Speaker as a result of recent happenings in Parliament.

“We all know the current state of affairs of our Parliament and the vociferous nature of the current speaker especially in fighting to make Parliament truly independent against the best expectations of the Executive,” it said, expressing surprise at the reasons adduced.

“If indeed the reason behind this action as stipulated is to regularize the attachment, should the men be withdrawn at the peril of the security of the Speaker before the said regularisation can be carried out?” the statement quizzed.

It said as a result of the high regard for democracy in the country, no arm of government should “be handled in any way that jeopardize these key national concerns”.

“It is in this respect we condemn the withdrawal of the Speaker's armed forces security in no uncertain terms especially because it is likely to put the security of the Speaker at risk.

“As we all know the security personnel were sent there based on professional and security advice.

“Now obviously their withdrawal has created a security vacuum and we wish to call on the president who is the commander in chief of the Ghana Armed Force to step in as early as possible to avert any security threat to the Speaker of parliament.”