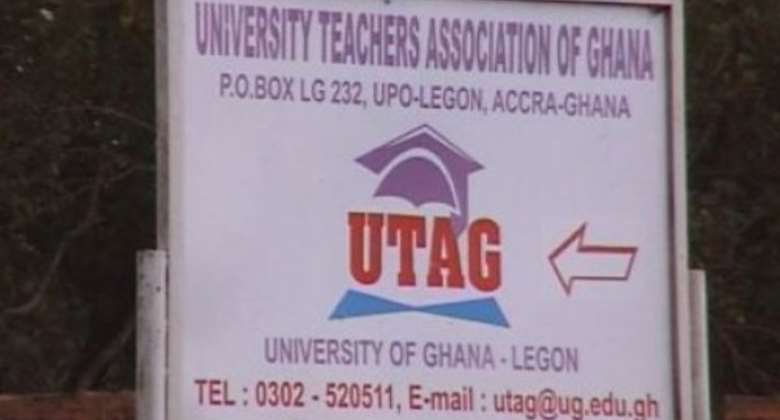 Some students in public Universities have appealed to the Government and teachers to settle their impasse for a smooth academic calender.

The students said the ongoing strike by the University Teachers Association of Ghana (UTAG) was already affecting academic activities and called for early resolution of concerns.

Ms Faustina Agbanu, a student of the Ghana Institute of Journalism (GIJ), in an interview with the Ghana News Agency, said she was aware of the communique from UTAG, but there was no official communication from the Institute to the students.

"I am very disappointed because some of us are coming from far places. As a communication Institute, they should know better and do the needful to inform us about the strike," he said.

Mavis Obenewa, also from GIJ, expressed frustration, saying, "this strike took place last year and affected our time-table for the academic year and stressed us up.

“We are appealing to our lecturers to, as a matter of urgency, return to the classroom and also the government should listen to the demands of UTAG.”

Mr Festus Oppong, another GIJ student, said the COVID-19 pandemic had distracted the academic calendar for two years and feared the strike would make it worse with financial implication on both parents and students.

Mr Michael Atsu, a student of the University of Ghana, said: “We have started registration today January 10, 2022, and I'm hoping the issue will be resolved if not, it will disturb the students.”

Students were busily registering for the academic year and hoping for lectures to begin next week when the Ghana News Agency visited the University of Professional Studies, Accra (UPSA).

Mr Kwasi Kwarteng, the spokesperson for the Ministry of Education, said Government was working assiduously to engage stakeholders to resolve the issue as soon as possible.

Meanwhile, Dr Samuel Nkumbaan, UTAG President for the University of Ghana, said they were yet to hear from the Government and until their demands were met, the strike would continue.

UTAG, in a communique, announced the withdrawal of members' services across the country effective Monday, January 10, 2022.

The Association said the indefinite strike was necessitated by Government's failure to address the worsening conditions of service of lecturers.

It said the Government also flouted the agreed timelines to address their concerns.

The statement called on the Government to, as a matter of urgency, restore members of the Association to the 2013 Interim Market Premium (IMP) of 114 per cent of Basic Salary in the interim.

It also urged the Government to formulate guidelines to implement the appropriate recommendations to address the conditions of service of the university teacher.

said UTAG should have complied with section 159 of Act 651 where the Commission would be served the required notice to enable it intervene immediately.

The statement said that notwithstanding, the Commission in line with its mandate under section 138 of Act 651 and also in exercise of its powers under section 139 of Act 651, was inviting the disputing parties on Thursday, January 13, 2022 at 1430 hours for a hearing of the issues in dispute.

It urged the parties to take note of the time and date and appear as scheduled.

The statement said in view of the COVID-19 protocols, the representation by each side was restricted to a maximum of two persons.