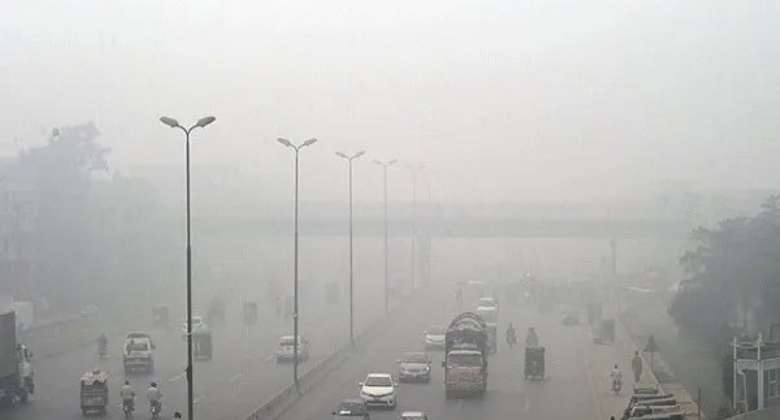 The Ghana Meteorological Agency has said that Ghanaians are only experiencing a first outburst of the Harmattan season which will fade away soon.

The Head in Charge of Forecasting at the Ghana Meteorological Agency, Joe Tetteh Portuphy, however, adds that Ghanaians should expect the second and third outburst of the Harmattan season which may end in February next year.

He made this known during an interview with Samuel Eshun on the Happy Morning Show.

“Harmattan came early but this is what we call the first outburst. There is the 2nd and 3rd outburst before we will be completely out of Harmattan.

After this first outburst, the harmattan will recline before the second outburst and then the third outburst. So for people at the coasts from Aflao to Axim and the forest areas, they should expect to leave the harmattan season in about February.”

Meanwhile, the Ghana Meteorological Agency has advised Ghanaians to stay safe during this harmattan season.

The Agency warns during this dry season, fire outbreaks are likely to occur and as such Ghanaians must take precautions when it comes to fire.

The Harmattan is a season in West Africa that occurs between the end of November and the middle of March. It is characterized by the dry and dusty northeasterly trade wind, of the same name, which blows from the Sahara over West Africa into the Gulf of Guinea.

Latest Photo Reports
Catch up with all the political quotes from our politicians.
Advertise here
More from Science & Environment
ModernGhana Links
Atewa Forest is a ‘no go area’ for mining — A Rocha Ghana warns GIADEC
Humanity uses up full year's global resources by July, now living on credit
How fishers & fishmongers are battling for survival on the frontier of climate change in Ghana
TOP STORIES