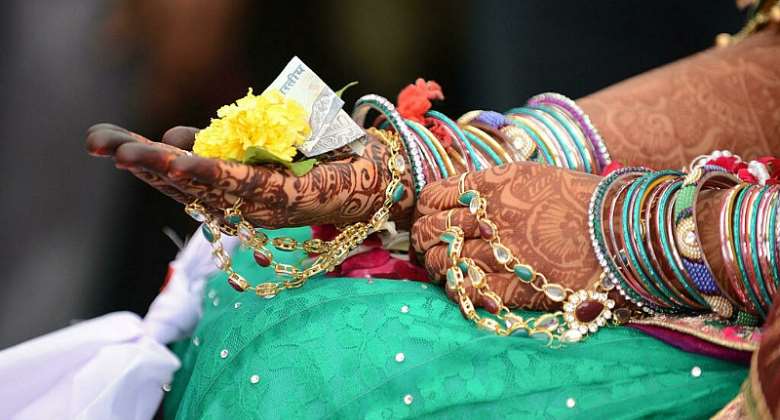 India has proposed to push up the minimum legal age of brides at the altar from 18 to 21 years making it equal to that of men in a move filled with the promise of health, dignity and freedom from drudgery at tender age.

PTI wire service said the government will now seek parliament's approval to amend a 2006 law to include the proposal of a task-force, set up in June 2020 to examine issues of education, nutrition, motherhood and mortality.

“We want all sections of the society to become part of the progress of the mainstream,” cabinet minister Mukhtar Abbas Naqvi told media.

Just 43 years ago, girls in India could be married off at 14.

Comfort at 21
Support for the new proposal has found comfort among champions of women rights in India which has the largest number of girls married off before they turn 18.

The government also hopes it will send more women into the local job market where female labour account for only 20.5 percent of the total workforce, down 10 percent from a decade ago.

"This will give a chance to the girls to study more. They will be able to enjoy their independence (and) they will also get better employment opportunities," added Jaya Bachchan, an MP from an opposition group.

“Families feel once the girl is 16 they (should) start looking for groom and by 18 they want to marry their daughters off so they don't give that kind of space for higher education,” Joshi told Times Now TV.

Honeymoon doubts
But some say the proposal could turn into a minefield of problems for families that see single adolescent females as an extra mouth to feed.

“The decision has been taken keeping in mind women's empowerment but it has to be viewed with a lot of caution as it how it will get implemented,” said Urvashi Gandhi from the Delhi-based women advocacy group Breakthrough.

“The situation would be very alarming if the government decides to revise the age without ensuring the parent has enough infrastructure to support girl's education that would promote livelihood for the girl and which would change mindset of people as to how they value girls,” Gandhi told RFI.

Child marriage prohibited by law has declined but nuptials at puberty are still commonplace among poorer families.

India's poor has more than doubled to 134 million in just a year because of the pandemic-induced recession, according to US-based Pew Research Center.

Mary Elavinakuzhy John of the Centre for Women's Development Studies think tank called for improved education for girls and argued a mere law may not bring joy in India, where 35 percent of women tie the knot before they turn 21.

"The decision ... will not get us significantly closer to women's empowerment,” John told RFI.

“What we need is not a cost less legal fix that will make large numbers of women who marry before they are 21 years fall into a limbo without legal protections, but evidence that there is a better understanding of the issues at stake," she said.

The prominent academic also argues lack of jobs for younger women and home-bound school dropouts are a “source of anxiety” for families which see marriage as the only viable prospect.

Once the proposal becomes law, India will find entry into an exclusive club of nations that allows women to say “I Do” but after 21.