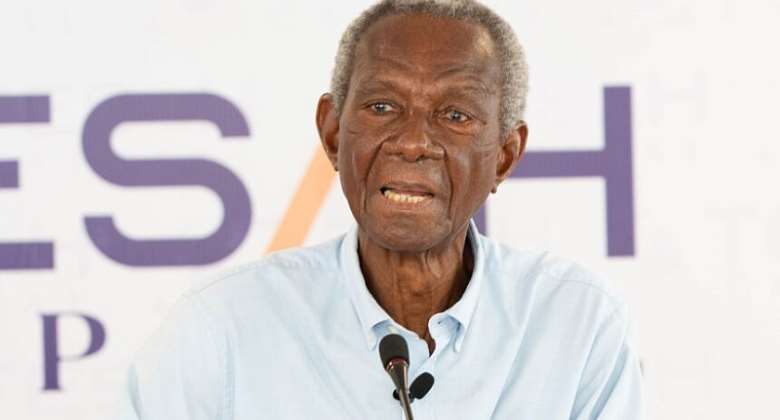 Celebrated Ghanaian businessman, Mr. Kwame Pianim has described as a lazy approach the decision by the Minister of Finance to introduce the Electronic Transaction Levy (E-Levy) to rake in more revenues.

The Finance Minister, Mr. Ken Ofori-Atta during his presentation of the 2022 budget to Parliament on November 17 revealed plans by the government to charge a 1.75% tax on all financial transactions done electronically that exceeds GHS100.

Amid the standoff between the Majority and Minority in Parliament on the levy, Kwame Pianim has shared his thoughts.

According to the economist, the E-Levy is backward and threatens the gains mobile money has made in the country by giving inclusion to people even in villages.

“First of all, I think it is a very backward step. The mobile money has brought financial inclusion to people in the villages who cannot go to the bank and open a bank account. You know what MTN and others are doing, they go to the bank and open an E-wallet for you, we don’t control it they do, they count it as if it is their money, it is not their money. A little bit more consultation would have shown government that don’t go there,” Kwame Pianim said in an interview with Asaase Radio.

The former presidential candidate further asked, “You want to raise six billion? Is six billion worth undermining the digitalisation effort that this government has put in digitalising things?”.

Mr. Pianim insists that it is a lazy approach for the Finance Minister to sit at his office and just decide he wants to bring E-Levy instead of coming up with something that will grow the economy.