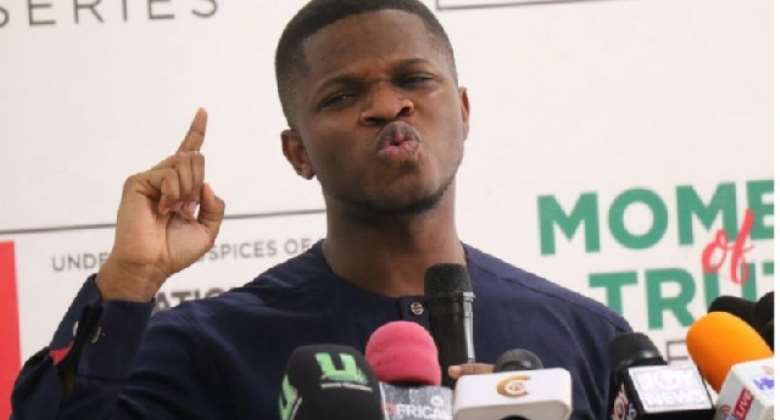 The National Communications Officer of the National Democratic Congress (NDC), Mr Sammy Gyamfi has said the Akufo-Addo government has nothing to show for the GHS220 billion it has borrowed since coming into office in 2017.

According to him, he wondered what the same administration could do with the GHS7 billion expected to be realised per annum from the implementation of the 1.75 per cent e-levy proposed in the 2022 budget.

“It is more than the cumulative debt incurred by the country since independence to the era of the Mahama administration because Ghana’s debt within that period was GHS120”, he pointed out.

He stressed: “In four-and-a-half years, the NPP, alone, has added GHS220 billion to the debt stock taking the total to GHS341 billion as of September 2021”.

“If you couldn’t use GHS221 billion to build any good roads, hospitals and secondary schools, what then can you use the GHS7 billion per annum that would be accrued from the implementation of the 1.75% e-levy, for?” he asked.

Mr Gyamfi argued that the Akufo-Addo government has had a lot of revenue at its disposal for the development of the country than his predecessor John Mahama but has not used it for anything beneficial.

“John Mahama got GHS86 billion in taxes. This administration government got GHS167 billion”.

“They’ve got more than double the taxes John Mahama got”, he contrasted.

“What have they used the money for, for which they are now targeting 1.75% of our MoMo, bank transfer and remittance transactions?” he asked.

He noted that in 2020, alone, corruption swallowed GHS12.8 billion of Ghana’s revenue, according to the Auditor-General’s report, “and now you want us to pay e-levy, a Bawumia tax for GHS7 billion every year?”

“Even if you had reduced that by half, would there have been the need for an e-levy?”.

“So, the problem is not revenue; it is wasting the country’s resources on renting private jets for the president. If they cut down expenditure, corruption and waste, there wouldn’t be any need to impose more suffering on the already-suffering Ghanaians”, he noted.