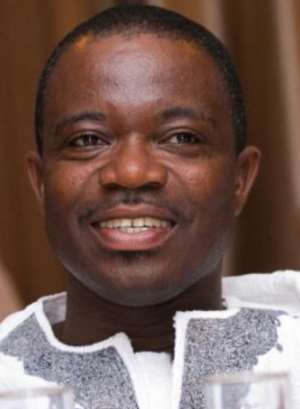 Inhaling substances including insecticides, fumes from vehicles and other pollutants in the environment or homes have serious repercussions on the production of sperms.

According to a Clinical Embryologist, Mr. Eugene Baah, these pollutions when inhaled by men temper their sperm production.

The Embryologist who has over decades of experience in this speciality is the Head of Embryology at Jubail Specialist Hospital at Sakumono, Accra underscored that pollutants are risk factors that affect the sperm health of a man to successfully fertilise with a woman’s egg.

The Specialist reiterated that pollutants including weedicides, fumes from vehicles, pesticides and insecticides have the tendency to harm the reproductive system of a man.

Highlighting that, smoking introduces free radicals into the reproductive system of men and these are often reactive oxygen species called oxidants.

He indicated that whenever a man introduces risky foreign materials into the system, it creates an unwanted material into the body as well and some of these harmful materials find their way into the testicles and it automatically interrupt sperm production.

Statistically, the Embryologist said about 25 per cent of couples do not achieve pregnancy in a year, and 15 per cent of them seek medical treatment and 5 per cent will not and others will seek other alternatives.

This issue he said, may be attributed to the pollutants affecting men’s sperm production, adding that sperm is what shows the competency of men, whether they can get a woman pregnant or not.

Mr. Baah stated that DNA Fragmentation has been one of the best tests to find out what is affecting the man's sperms and hindering him from impregnating his wife.

“DNA Fragmentation is all about finding out if the part of men needed of fertilising the egg is intact in the sperm, and if it is not intact, we can tell that at least, though his sperms are okay, this may be the reason why they need to be fertilized”, he explained.

The Jubail Specialist Embryologist revealed some worrying scenarios that, if the sperm is not able to progress after fertilised, and even when they progress, they are not able to implant.

Adding that even when they implant, it comes as early miscarriage, and said this could be that the man's DNA fragmentation is very high so probably the sperm that is able to fertilise the egg hasn't got the fragmentation in a lower way that is supposed to be.

“To be able to know the exact problem, the man must go through testing and after testing, and depending on the result some prescribed medication may be helpful and a proper sperm preparation for Intrauterine insemination (IUI) may be considered, while also proper sperm preparation for In Vitro Fertilisation (IVF) and proper sperm and selection of good sperm for Intracytoplasmic sperm injection (ICSI), which usually involves an injection of a single sperm directly into a matured egg”, the Specialist indicated.

According to the Embryologist, some causes of DNA fragmentation cannot be treated and damages caused by free radicals can be reduced or prevented by a change in lifestyle and diet to protect against oxidative stress.

He cautioned that some antioxidants and food supplements may be helpful if needed, while treatment of infection with antibiotics would also be expected to reduce DNA fragmentation.

According to the Specialist, DNA fragmentation test is an effective method for measuring thousands of sperms in an ejaculate, where sperm are stained with a fluorescent probe that interacts with the DNA molecule.

“The florescent signal changes when the DNA is fragmented, and this test is monitored using a flow cytometer”, he said.

Mr. Baah, who with his seasoned team has successfully treated some of these cases at Jubail Specialist Hospital advised that people working in places full of pollutions can offer to change their works or get antioxidants, and others suffering from DNA Fragmentation can change bad diet to proper diets, and check overweight, stop drinking alcohol.

The Fertility Specialist advised men to stop drinking caffeine and consuming substances that are not healthy for the body.

According to the Embryologist, Jubail's mission is to create a caring environment that supports the patient and his or her family through innovations in the field of general health and reproductive technology and a commitment to be responsible and accountable to the patient for our actions.

He added that Jubail Specialist Hospital has an incredible record of 347 IVF births.