India probes use of Israeli spyware Pegasus on its citizens 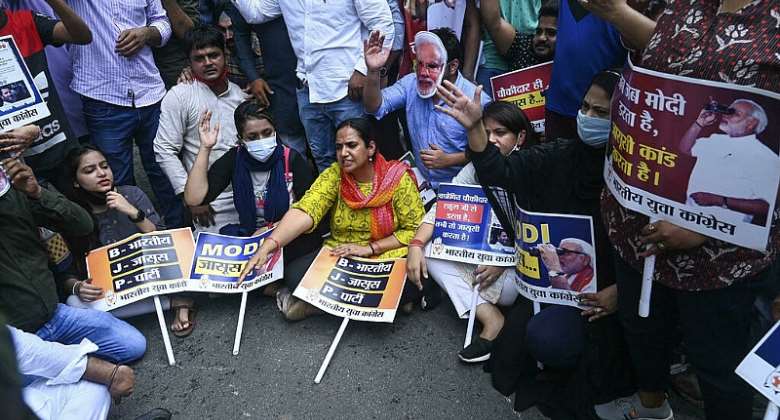 India's top court has appointed an autonomous expert committee to investigate allegations of Israeli spyware Pegasus for surveillance of its citizens.

A three-member expert committee, to be supervised by a former judge of the court, will look into the allegations of unauthorised surveillance using the Israeli-built Pegasus spyware. The spyware sold to governments was used to hack phones of MPs, activists and journalists.

"In today's world, restrictions on privacy are to prevent terrorism activity and can only be imposed when needed to protect national security. But the state cannot get a free pass every time by raising national security concerns,” said India's chief justice N V Ramana.

“National security cannot be the bugbear that the judiciary shies away from.”

Though the Indian government found itself at the heart of the espionage scandal which created a huge stir across the entire political world, it just labelled it as a global conspiracy.

In fact, the government stonewalled queries on whether it had sanctioned the surveillance.

A collaborative investigation into Pegasus spyware, based on information accessed by the France-based non-profit organisation Forbidden Stories and Amnesty International and shared with a host of publications, revealed a list of potential targets for surveillance.

Since the story broke, Morocco, France and Israel have launched investigations and taken other measures to prevent the use of spyware. In several countries, there have been calls for investigations and efforts to hold governments accountable.

The revelations had sparked protests in India and opposition leaders took up the issue in parliament during its monsoon session in July.

The investigation by journalists from the consortium revealed that the phones of Indian ministers, politicians, activists, businessmen and journalists were among the 50,000 that were potentially targeted by Pegasus.

Opposition political parties welcomed the court's decision to set up an independent panel.

Senior Congress leader Rahul Gandhi said his party was quite happy with the court's decision, but asserted that they would continue to raise the issue in parliament.

“I hope they will do their job and provide justice. But this is a deeper problem. If the prime minister is using this as a personal tool … if the data is arriving on the prime minister's desk, then it is totally criminal … we will follow it up,” Gandhi said.

Meanwhile the court has not only assured a thorough investigation, but also promised a guarantee for the protection of the privacy of the individual, said Communist Party of India (Marxist) MP John Brittas, one of the petitioners in the Supreme Court

“It is a leap forward in the area of privacy protection,” he said.

The court has set seven terms of reference for the committee, which are essentially facts that need to be ascertained to decide the issue.

These range from determining who procured Pegasus and whether the petitioners in the case were targeted by use of the software, to what laws justify the use of such spyware against citizens.

The court has also asked the committee to make recommendations on a legal and policy framework on cyber security to ensure the right to privacy of citizens is protected.

The committee is expected to submit its report in eight weeks.

Pegasus is a spyware made by Israeli cybersecurity firm NSO Group Technologies, which the government says is only sold to “vetted governments”.