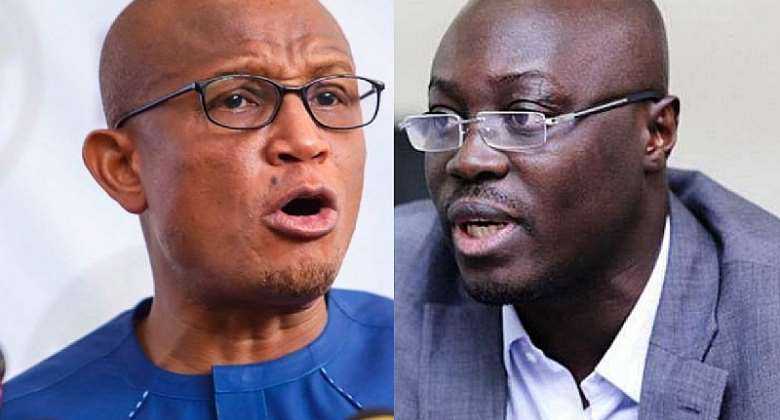 The National Petroleum Authority (NPA) has refuted claims by Dr. Cassiel Ato Forson that it is engaging in illegality in the collection of some petroleum revenues.

It comes after the Member of Parliament for the Ajumako-Enyan-Esiam Constituency claimed in a statement that the NPA is acting with impunity and engaging in an act of illegality by receiving revenues through the collection of the Unified Petroleum Price Fund (UPPF), BULK OIL Storage and Transportation (BOST) and Fuel Marking Margins.

In setting the records straight, the NPA in a press release explained that it has the mandate under the law to collect, charge or receive revenue with respect to the UPPF, BOST, and Fuel Marking Margins.

“The NPA wishes to state that its mandate to collect, charge or receive revenue with respect to the UPPF, BOST, and Fuel Marking Margins is derived from the National Petroleum Authority (Prescribed Petroleum Pricing Formula), Regulations 2012, Legislative Instrument (LI) 2186, passed by the Parliament of the Republic of Ghana in July 2012 in accordance with LI 2186, the UPPF, BOST, and Fuel Marking Margins are Distribution Margins,” the release from NPA issued by its Corporate Affairs Department has said.

The NPA release concludes, “We, therefore, wish to state emphatically that NPA is acting legally as specified in the Prescribed Petroleum Pricing Formula Regulations 2012, LI 2186 and that the UPPF, BOST, and Fuel Marking Margins charged in the price buildup are not illegal charges as asserted by Dr. Cassiel Ato Forson.”

One confirmed dead in youth, Police clash at Kotobabi Market
31 minutes ago