Opuni vs Supreme Court: A taste of constitutional dilemma 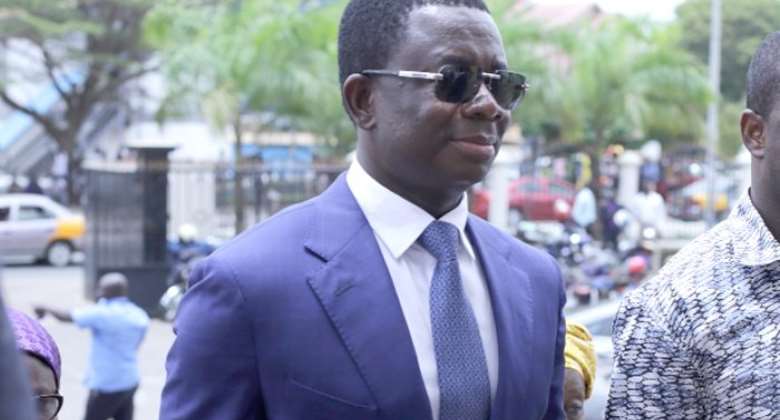 What happens when the ruling of the Supreme Court [SC] does not support constitutional language? Fundamental human rights framed on puritan egalitarian creed is an entrenched clause in the 1992 constitution! Article 12[2]: “Every person in Ghana, whatever his race, place of origin, political opinion, color, religion, creed or gender shall be entitled to the fundamental human rights and freedoms of the individual contained in this Chapter but subject to respect for the rights and freedoms of others and the public interest." These rights include but are not limited to rights to justice and a fair trial! Misappropriation of public funds amounts to disrespect to the rights and freedom of others and threatens the public interest. Be that as it may, the Attorney General cannot prosecute individuals outside the purview of the law. Godfred Dame’s office cannot jail Dr. Opuni based on political susurrus and jurisprudential sophistry. There are two main options available for Dr. Opuni.

The first option is to explore the degree to which SC decisions are binding and final. Under Baron de Montesquieu's minted checks and balances, it amounts to banality to assume that citizens have no right to reverse the SC verdict. It centers on a misconception that SC is an arbiter of last resort and that its decisions are final. This is a half-truth and a half falsehood. Judiciary is a branch of government bestowed with powers to interpret laws and prescribe punishment for citizens who breach both civil and criminal laws of the land. The judges of superior courts wielded quasi-legislative powers. Nonetheless, a constitution of a country must be interpreted as a whole. The central puzzle is what happens when politics clash with justice! The content of the case bothered on human rights! Dr. Opuni must quickly petition parliament; endowed with quasi-judicial powers, to initiate a process of amendments to curb judicial dictatorship! The simple way of reversing the SC decision is for parliament to revoke the clause the judges based on if it bothers the constitution. I am convinced that logically, philosophically, politically, and psychologically correct lawmakers would agree to the three SC judges that Opuni has the right to ask the high court judge to recuse himself.

The second option is to request a comprehensive psychological evaluation of the presiding judges to understand their state of mind. Studies from psychological neuroscience, developmental psychopathology, and interpersonal neurobiology posit that old age disorders like Alzheimer's disease, chronic physical malady, and traumatic events such as divorce, poverty, shame, and guilt can negatively affect the memory of heretofore an erudite knowledge of a given subject. Judges can be dismissed based on gross misconduct and diseases such as mental health conditions. The verdict of such judges must be subject to review.

There is an adage that forbidden fruit is always the sweetest! Some of us are curious to know why Godfred Dame is interested in one specific judge. The framers of the 1992 constitution had the famous Lord Acton's dictum in mind, "power tends to corrupt, and absolute power corrupts absolutely. Great men are almost always bad men, even when they exercise influence and not authority, still more when you superadd the tendency or the certainty of corruption by authority." The constitution under discussion leveraged the doctrine of checks and balances to check and limit the excessive powers or other organs of government. It follows ipso facto that parliament can curb judicial dictatorship and the growing influence of the executive. I am not asking Mr. Dame not to do his work. If Dr. Opuni and Agongo embezzled funds, I did not benefit from it. My point is just do the next right thing. I will write in the same manner if Nana Addo’s appointees are denied a fair hearing.

In the US political, legal, and social history, one of the highly criticized cases in the common law is Dred Scott [Non-historians, non-social psychologists, not-sociologists, and non-lawyers can read on Dred Scott]. I will focus on the takeaways from the above case bothering on the citizenship rights of a slave. There are strong lessons from this case i.e., the institutional, legal, and ethical arguments that strongly opposed judges of a constitutional court holding up their fingers to the political and ideological inclinations. One of the founding fathers of the USA, Alexander Hamilton, wrote that the very point of granting such a Court the power of judicial review was to offer constitutional security where doing so is politically unpopular. Dred Scott case implied that Judges are not necessarily terrific politicians. Their opinions about what is politically prudent could well turn out to be completely wrong. Such, as history indicates to us, was the case in Dred Scott.

Another takeaway from Dred Scott common law centers on morality’s relation to the law. A famous and good novel of the era, Harriet Elisabeth Beecher Stowe’s Uncle Tom's Cabin, detailed the moral incoherence of slavery, the central theme of the Dred Scott case. Reading through the recent SC rulings in Ghana reveals the relation between moral incoherence and judicial decision-making. For example, let me propose the following hypothetical case. Assuming a wrong President has ordered Controller and Accountant General [CAG] to block the salaries of certain judges tainted to be biased. A citizen sues CAG and the SC rules that interrogatories are tossed out by unanimous decision. A petition to allow CAG to mount the witness box is dismissed by a unanimous decision on the grounds that a public officer cannot be asked to mount a witness box. Let's all ponder over these and protect Ghana. Opuni must explore parliament to protect his fundamental human rights guaranteed in the constitution of the republic. I think the SC judgment on Opuni that a judge cannot recuse himself is very ethereal and flouts his [Opuni's] rights to a fair trial. A jurisprudential quagmire, an enjoyable judicial pantomime to behold!