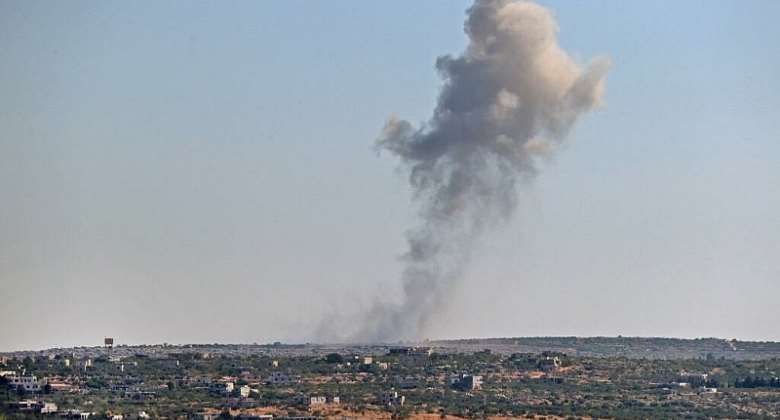 Turkey fears another exodus of Syrian refugees as Damascus, backed by Russia, is ramping up attacks against Idlib, the last Syrian rebel enclave. A Turkish military force stands in the way of Syrian troops that are poised to seize Idlib, a move Ankara fears could result in millions of refugees fleeing to Turkey.

Russian-backed Syrian regime forces are stepping up their attacks on Idlib with artillery and airstrikes. Syrian President Bashar Al Assad is pledging to retake the rebel-controlled enclave, home to around four million people, many refugees from across Syria.

For now, Turkish armed forces in Idlib stand in the way of Assad's goal. But analysts warn they are in an increasingly precarious position.

"Now they are so closely engaged, they are many risks involved—the risk of direct conflict with Syrian forces, involving even Russian armed forces elements. Risk of conflict with those so-called Idlib emirates controlling the Idlib area," added Solmazturk.

Last year, 33 Turkish soldiers were killed in Idlib in an airstrike that Ankara blamed on the Syrian air force. However, many observers believe the sophisticated attack was carried out by Russian planes.

Turkey's military presence in Idlib is part of a deal struck between Turkish President Recep Tayyip Erdogan and his Russian counterpart Vladimir Putin. But Moscow accuses Ankara of failing to honor the agreement to purge Idlib of radical jihadist groups along with heavy weaponry.

"When the civilian population feels that such an attack is coming from the Syrian army, supported by the Russian air force. Then the civilians will probably try to find refuge moving towards the north," warned Unal Cevikoz, a CHP member of the Turkish parliament's foreign affairs committee.

"And that, of course, will cause a new migration wave, and it could place serious pressure on the Turkish border. That is the main security risk we are facing," Cevikoz added.

Turkey says it is already hosting nearly five million refugees who fled the Syrian civil war. However, the possibility of another wave of refugees is spurring the main opposition parties to call on Ankara to open talks with Damascus, a move Turkish President Recep Tayyip Erdogan has ruled out.

Instead, Erdogan is looking to his relationship with Putin. Analysts suggest Putin benefits from the current tensions over Idlib.

"After six years of interlude, Bashar Al Assad suddenly rushed to Moscow in the middle of the night like a month ago and had a one-on-one meeting with Putin,' observed Aydin Selcen is a columnist with the Duvar News portal.

"And right after that, Erdogan went to (meet Putin) at Sochi(Russian Sea resort)," Selcen continued, "So in a way, Putin shows that he is the kingmaker, that he can both push Erdogan and Basar Al Assad in the interests of Russia and Russia only."

For that reason, some experts predict Putin may broker another compromise over Idlib, ensuring Russia retains its leverage over both Ankara and Damascus.

One Teacher One Laptop: Teachers Alliance to demonstrate on ...
10 minutes ago